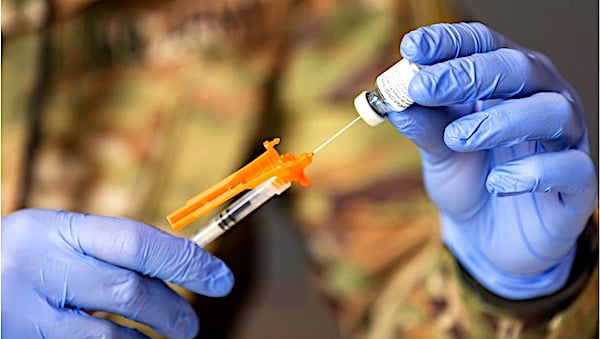 In Australia, where nearly everyone is vaccinated, the government reported deaths this year were 10% above normal, excluding COVID-19.

That alarming statistic in the government's May 25 report is consistent with figures in the United States spotlighted by insurance industry executives as well as analysts who point to the correlation with the COVID-19 vaccination campaigns.

Former New York Times reporter Alex Berenson noted that Australia had no excess deaths, and little COVID, in 2020 and much of 2021.

That undermines the explanation that the spike is the result of delayed medical care or "long COVID," Berenson argued.

In the United States, as WND reported, former Wall Street executive Edward Dowd and an insurance-industry analyst with whom he has teamed have compiled CDC data indicating the Millennial generation suffered a "Vietnam War event," with more than 61,000 excess deaths from March 2021 to February 2022.

The biggest rises in deaths in Australia were from diabetes and dementia, both almost 30% above normal. In the United States, the Vaccine Adverse Events Reporting System, or VAERS, run by the CDC and the FDA, have cases of severe diabetic dysregulation following the mRNA shots, Berenson pointed out.

And he noted the many anecdotal stories of elderly people suffering rapid mental deterioration, especially after a second or third COVID shot.

Along with the rise in non-COVID deaths, COVID deaths have soared in Australia this year, reaching levels far higher than before the vaccination campaign.

Australians are vaccinated at rates significantly higher than Americans, Berenson pointed out, with about 95% of people 16 and over in New South Wales, the country’s largest state, having been vaccinated. And 64% of the state's population has been boosted.

Now, for the first time since COVID began, Australia has significantly more daily deaths than the United States on a per-capita basis. And New South Wales reported Thursday that 82 of the 98 people who died of COVID in the week ending May 28 were vaccinated, including 64 who had received at least one booster.

Further, of 41 people admitted to intensive care units in Australia's largest state, only two were known to be unvaccinated.

In the comment section on Berenson's blog post, a contributor who identified himself as a lawyer in Australia said the increase in mortality in his country is "absolutely shocking."

"Truly scary. Strange signals are now showing up all over the place. You cannot drive anywhere without being confronted by an ambulance screaming past – this was something I used to see once every few weeks and yet I now see several, each day," he wrote.

His law office has seen a "huge increase" in the number of estates they are dealing with, and life insurance claims are taking much longer to process, which, he is told, is because of the excess number of claims currently being made.

Another commenter said he was "ashamed of my fellow Australians; they have complied like sheep."

"I always thought I lived in a free country. The last two years I’ve learnt, I live in a dictatorship," he said. "Please Americans never let them take your guns, please fight to keep your freedom. I dream of one day fleeing Australia and taking [my family] to America. People can’t work here unless they are vaxxed. It is bone chillingly frightening what happened to us here in Australia and it happened overnight."