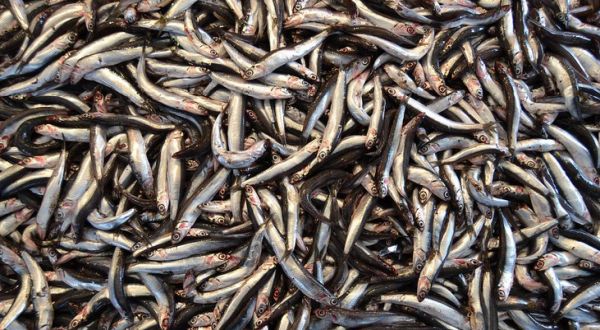 (SF GATE) – Fish are falling from the sky in parts of San Francisco, and a boom in coastal anchovy populations is to blame.

Reddit user sanfrannie posted earlier this month that about a dozen 8-inch silver fish “rained down from the sky” onto their friend’s roof and back deck in the Outer Richmond. Several other users commented with similar experiences — one person said they “heard a whoosh sound behind me and heard a massive splat” before seeing fish scattered on a nearby driveway. Another commented that they “almost got hit by a fish waiting for a bus” in the Castro, and a third person said they assumed “a band of roving kids were doing a Tik Tok sardine-throwing challenge on a roof somewhere” after seeing several fish fall onto an Outer Richmond sidewalk.

Local fishers and researchers are blaming seabirds that, because of an explosion in the anchovy population off the coast of the Bay Area, now have more fish than they know what to do with.