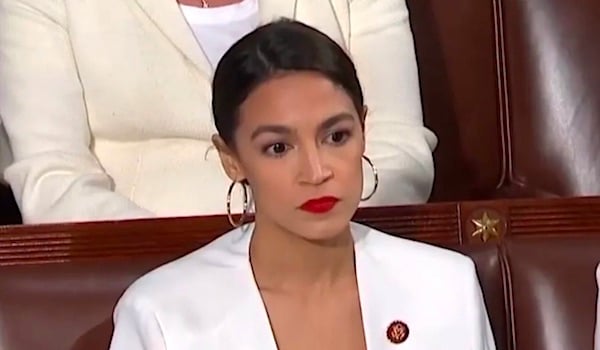 (THE BLAZE) – A bipartisan group of senators actually agreed on a framework for a gun reform bill last weekend, but Rep. Alexandria Ocasio-Cortez (D-N.Y.) isn't pleased.

The proposed framework includes funding for "red flag" laws, enhanced school safety measures, and mental health services, as well as expanded background checks into juvenile records for gun purchases and increased gun-related criminalization — and that's where Ocasio-Cortez draws the line. According to the socialist congresswoman, the "focus on increased criminalization and juvenile criminalization, instead of having the focus on guns" is racist. The mental health angle is also racist, apparently, because "what people are blaming on mental health are really deeper issues of violent misogyny and white supremacy."

"AOC tells me she is worried about the criminalization in the gun framework: 'particularly, the juvenile criminalization, the expansion of background checks into juvenile records, I want to explore the implications of that and how specifically i’s [sic] designed and tailored. After columbine, we hired thousands of police officers into schools and while it didn’t prevent many of the mass shootings that we’ve seen now, it has increased the criminalization of teens in communities like mine,'” tweeted journalist Eric Michael Garcia.