"He then chose to wage a criminal conspiracy to overturn the results and prevent the peaceful transfer of power for the first time in American history."

That's when Curt Schilling, a former star pitcher for the Philadelphia Phillies, Arizona Diamondbacks and Boston Red Sox, felt the urge to respond.

"You, honestly, need to STFU and thank the Lord you are not in jail," he commenced. 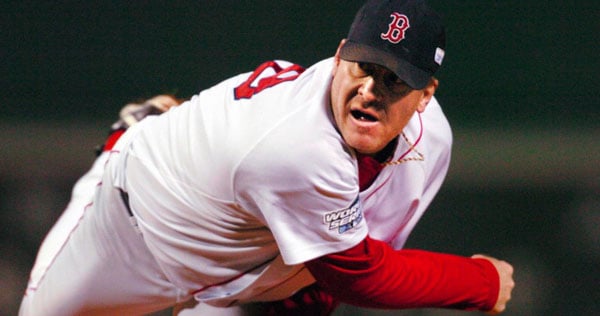 "You and your teenage groping mutant are one of the many reasons legal American citizens despise DC.

"You two represent ALL that is wrong with the left and with politics."

You, honestly, need to STFU and thank the Lord you are not in jail. You and your teenage groping mutant are one of the many reasons legal American citizens despise DC. You two represent ALL that is wrong with the left and with politics. https://t.co/3rMKxlxB33

The jailing chant of "Lock her up!" became a regular occurrence during Trump's 2016 presidential campaign against the former first lady.

Washington Times columnist Tim Young noted: "Oh, like how you knew you lost the election in 2016 and went on to push the Russian Collusion lie?"

And Antonio Pitocco, a Republican congressional candidate from Maryland, said: "I'm old enough to remember when Hillary Clinton knew she lost the election in 2016 but went around the country telling everyone the election was stolen from her."