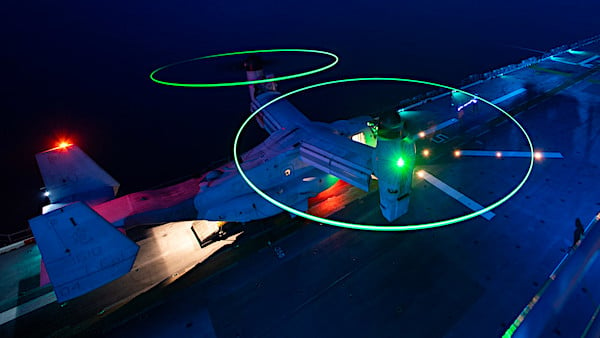 The U.S. military under a Biden Pentagon has sacrificed meritocracy for wokeness in recent years, sending a message that discourages new applicants and worsens the recruiting crisis, an expert told the Daily Caller News Foundation.

Military recruitment in 2022 has plummeted, NBC News reported, leaving the pentagon scrambling for ways to fill the ranks of U.S. forces. Alienation of traditional families, who constitute the military’s core recruiting market, through things like diversity quotas, refusing religious exemptions and teaching critical race theory at military institutions have all contributed to a growing unwillingness to enlist, according to Center for Military Readiness President Elaine Donnelly.

The result, she said, is a loss of prestige and meritocracy in the armed forces.

“The culture of the military has been eroded by several years of social engineering and woke policies. It’s been accelerated by the current administration,” Donnelly, who has been studying social issues in the military for over 30 years, told TheDCNF.

The Biden administration’s emphasis on “woke” ideas “sends a poor message” that discourages parents and other influencers from supporting careers the all-volunteer force, according to Donnelly.

For example, one of the first things Defense Secretary Lloyd Austin did upon assuming office was announce a full stand down to investigate what Donnelly claimed were over-hyped instances of extremism in the ranks, focusing on ideologies that fall to the far right and ignoring instances of far left and Islamist extremism. “It sends a message that if your son or daughter joins the military, if they’re not of a certain skin complexion or sex, they might be investigated for extremism,” she said.

A highly competitive employment arena, decrease in the population of individuals eligible to serve and general disconnect between the Army and broader U.S. public have all contributed to the Army’s recruitment struggle, Army public affairs officer Maj. Charles M. Spears told TheDCNF. Propensity to serve, a measure of “whether an individual indicates an interest in military service” according to the Military Leadership Diversity Commission, hit 9%, the lowest since 2007, Spears said.

Donnelly compared the Biden Pentagon to Disney, who lost financial privileges in Florida partially because of its “gay agenda” and produced a LGBT-promoting film that flopped in the box office, according to the Washington Times.

“They alienated their constituency,” Donnelly explained. “When you see the U.S. military make the same mistakes and losing their audience, it becomes a matter of national security.”

Pride in all who serve. 🏳️‍🌈 pic.twitter.com/NqRYtK3HVc

The Pentagon attributed a poor recruiting environment to a “disconnected and disinterested youth market” that is unfamiliar with military service, resulting in an overreliance of military stereotypes,” Maj. Charlie Dietz, a Department of Defense spokesperson, told TheDCNF.

The Army announced a plan to in March temporarily reduce the size of the active-duty force, from 485,000 soldiers in fiscal year 2021 down to 473,000 by 2023, for “quality” considerations, Army Undersecretary Gabe Camarillo said in a press briefing.

“We made the decision to just temporarily reduce end strength, as opposed to lowering our standards,” said Camarillo.

However, recruitment standards have changed. The Army dropped the high school diploma or GED-equivalent requirement for new recruits in June, according to a statement, and relaxed tattoo guidelines, Task and Purpose reported.

Donnelly predicted the recruiting environment would get worse under the Biden administration, especially as up to 60,000 troops are up for discharge for refusal to take the COVID-19 vaccine according to The Washington Post. “What effects will these individuals have on recruiting?” she asked.

“The military belongs to everybody and is there to defend the entire country, not to enforce political agendas or teach exotic ideas that cannot be defended by science,” Donnelly said.

The specter of a shrinking military comes as the U.S. faces a growing threat from China and seeks to bolster overseas deployments as a deterrent to Russian aggression.

“It’s not the end of the all volunteer force, but it’s going into a very dark place now,” said Donnelly.