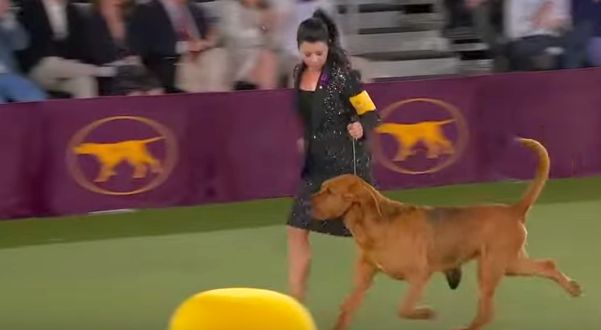 Trumpet beat out six other finalists to win the coveted best in show prize. He beat out a French bulldog, a German shepherd, a Maltese, an English setter, a Samoyed and Lakeland terrier to be crowned top dog for the prestigious show's 146th competition.

Trumpet is the first of his breed to win Westminster.