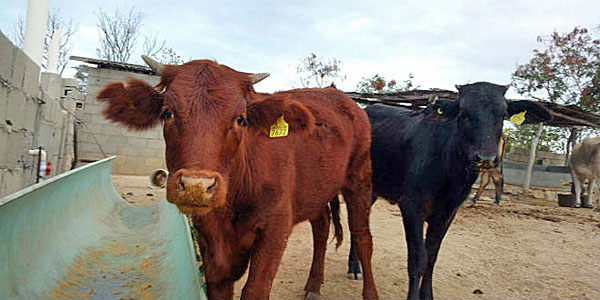 (ISRAEL365NEWS) -- The Temple Institute has been working to reinstate the red heifer ceremony since 2015, and recently, a pro-Israel Christian organization decided to help out.

The Temple Institute launched its Red Heifer program about a decade ago, but even in Temple times, an animal that fulfilled the Biblical requirements was exceedingly rare. Failing to produce a suitable candidate from ranchers in Israel, The Temple Institute began investigating alternative sources for a red heifer.

Last year, the Temple Institute was contacted by a cattle farmer in Commanche, Texas, who informed them that five red calves had been born on his ranch, about two and a half hours travel from Dallas. Normally, calves are ear-tagged when just a few days old. By a remarkable coincidence, these five calves were not tagged, and, also coincidentally, all were female. Any blemish disqualifies the calf, and a hole in the ear is just such a blemish.