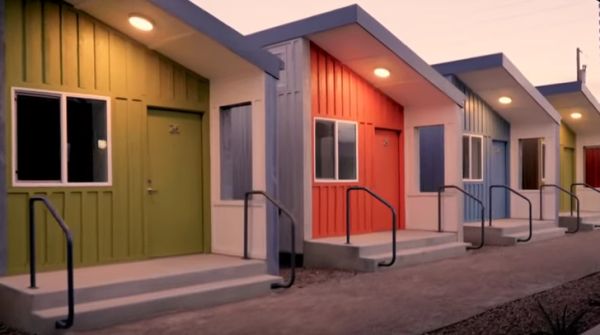 (ZEROHEDGE) – Churches across the U.S. are working with homeless charities to construct tiny home communities amid one of the worst housing affordability crises ever.

More than half a million Americans were homeless in 2020, and the number has likely climbed as shelter costs if renting or owning have exploded, triggering the worst ever housing affordability crisis on record. As we've previously noted, soaring shelter costs force people into homelessness.

Days ago, we outlined how a tidal wave of evictions could be ahead with 8.4 million Americans, or about 15% of all renters were behind rent payments. Of that, 3.5 million said they could be evicted within the next two months. Unlike the pandemic, the federal eviction moratorium prevented people from ending up on the streets, though the moratorium has since expired during the worst inflation storm in four decades.