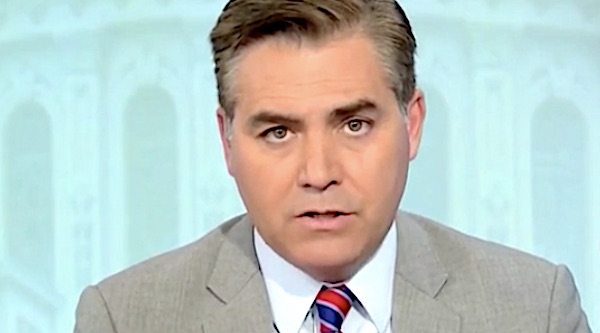 CNN’s new boss is deciding whether some of the on-air talent perceived as “partisan” can adapt to the network’s new priorities or if they should be forced out, Axios reported Tuesday.

Chris Licht, who took over as CEO of the network in February, is evaluating whether some of the hosts can adjust their tone, multiple sources told Axios. Those unable to make the adjustments for CNN’s new strategy could be gone.

Licht and Warner Brothers Discovery CEO David Zaslav have been open about the desire to return CNN to more traditional journalism and away from partisan programming, according to Axios. The network recently instituted new guidelines on when to use “Breaking News” banners after feedback from “both inside and outside the organization.”

“We are truth-tellers, focused on informing, not alarming our viewers,” Licht wrote in a memo obtained by Axios.

Hosts Jim Acosta and Brian Stelter became two of the most prominent examples of the network’s shift to the left, Axios reported. Acosta, a former White House correspondent, hosts CNN Newsroom on the weekends, while Stelter hosts “Reliable Sources.”

Stelter has frequently criticized conservative media outlets on his show, claiming that Fox News was “an anti-Democrat network” in March 2021.

Will you ever give CNN another chance and watch its programming under its new management?
7% (3 Votes)
93% (42 Votes)

Fox’s top news anchors will be moved over to the Fox Business Network, and they will cover the hearing there. At 8pm ET on an ordinary night, Fox News has more than 3 million viewers, while Fox Business has under 100,000. That pretty much says it all about Fox’s priorities.

Stelter criticized Fox News on Tuesday for not airing hearings from the House committee investigating the Jan. 6, 2021 riot at the Capitol building.

“At 8pm ET on an ordinary night, Fox News has more than 3 million viewers, while Fox Business has under 100,000,” Stelter tweeted. “That pretty much says it all about Fox’s priorities.”

Acosta repeatedly clashed with former President Donald Trump as CNN’s White House correspondent, which culminated in the revocation of his press pass in November 2018 after he refused to surrender a microphone to an intern during a press conference. The White House reinstated the pass after CNN sued.

Acosta also said reporters should discard neutrality in “the age of Trump.”

CNN did not respond to a request for comment from the Daily Caller News Foundation.