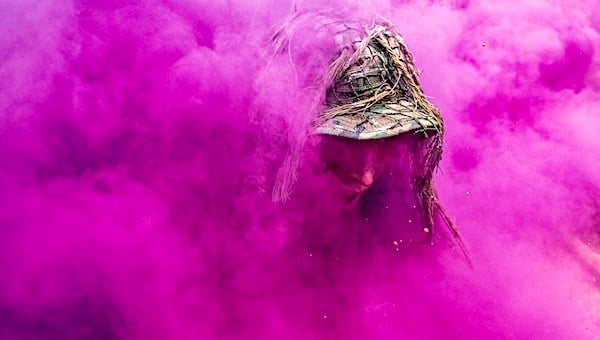 An Army Sniper School student participates in a ghillie wash at Fort Benning, Georgia, Feb. 5, 2021. The event is designed to test the strength and durability of the camouflage suits they wear, as well as weather them. (U.S. Army photo by Patrick Albright)

The president of a public interest law firm claimed on Fox News Tuesday that courses at the United States Military Academy use tenets of Critical Race Theory (CRT) in assignments for cadets.

“We are teaching anti-Americanism and racial division,” Tom Fitton, president of Judicial Watch, said on “Fox and Friends First.” “You know, frankly it is designed to attack one race and victimize another. And if you are trying to build a cohesive military, why would you bring this in?”

Judicial Watch obtained the materials via Freedom of Information Act requests, the organization said in a Monday release. Cadets had to use tenets of CRT to answer one question about whether affirmative action was a form of reverse discrimination, according to Judicial Watch.

In one lesson cadets were told to address their “whiteness” in order to understand racial inequality and slavery, Judicial Watch reported.

CRT holds that America is fundamentally racist and teaches students to view every social interaction and person in terms of race. It advocates for the pursuit of “antiracism” through the end of merit, objective truth and the adoption of race-based policies.

“This is where we train the next generation of Army leaders,” Fitton said. “This is rising officer corps and military. They are being told they have to understand CRT and apply it to public policy issues.”

“To me, there’s got to be some accountability,” Fitton said. “Congress has to step in.”

WND News Services
These reports are produced by another news agency, and the editors of WND believe you'll find it of interest.
Inquisition documentation discovered, digitized for first time
Russian politician threatens Alaska, says 'we can claim it back'
Dems' Jan. 6 committee quietly collaborating with the 'left's top censor'
No joke: Woke employees shut down woke business for being insufficiently woke
Russia supplying more oil than ever to America's main rival
See more...