The flow across the Southern Border of the deadly drug fentanyl amounts to a "terrorist chemical attack," contends a congresswoman.

Rep. Mary Miller, R-Ill., told the "Just the News, Not Noise" television program on Thursday there is "enough fentanyl coming over the border to kill every American multiple times over." 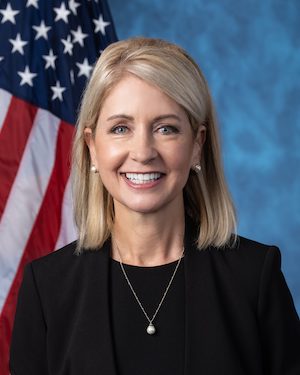 Meanwhile, Customs and Border Protection agents encountered a record-breaking 240,000 illegal immigrants in May at the Southern Border.

And ​Border Patrol agents apprehended 15 illegal immigrants listed on the FBI’s terror watch list trying to cross the border in May, the Washington Times reported.

Miller charged that the Biden administration "has advertised and facilitated this invasion."

"Some of these countries are emptying their jails and prisons and sending them up here," she said. "The cartels have totally taken control of our border."

Miller noted that Democratic leaders have made Illinois a sanctuary state, meaning it won't cooperate with federal immigration officials who are trying to enforce the law.

"We basically roll out the red carpet for the people that are coming here illegally," she said. "And people, the regular citizens of Illinois, have had it."

Are open borders inviting what amounts to a terrorist chemical attack?
98% (97 Votes)
2% (2 Votes)

Just the New cited CDC provisional data estimating that more than 105,000 people died from drug overdoses in 2021. That's up from approximately 93,000 overdose deaths in 2020.

Content created by the WND News Center is available for re-publication without charge to any eligible news publisher that can provide a large audience. For licensing opportunities of our original content, please contact [email protected]er.org.