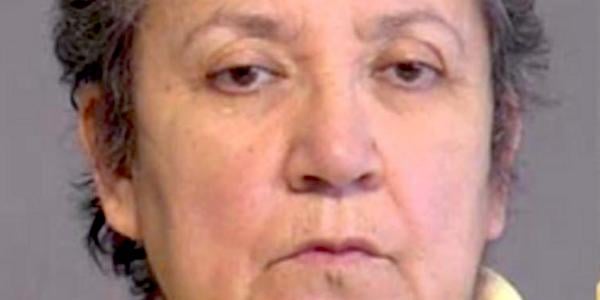 Guillermina Fuentes of Yuma County, Arizona, is charged with illegally collecting ballots in the 2020 election, allegedly has part of a sophisticated operation that relied in part on her status as a well-known Democratic Party leader. (Arizona Attorney General's office)

An Arizona woman has been charged with using her status as a well-known Democratic operative to participate in an alleged ballot-trafficking scheme in the 2020 election that was featured in the film "2000 Mules."

Guillermina Fuentes, 66, a former mayor of San Luis, Arizona, and a member of the Gadsden Elementary School board, was scheduled to appear before a court Thursday to enter her plea on charges of ballot abuse, conspiracy and forgery, the Associated Press reported. Her co-defendant has pleaded guilty to a reduced charge and awaits sentencing.

Ballot abuse is the practice known as "ballot harvesting," which Arizona made illegal under a 2016 law. The crime is a felony punishable by up to two years in prison and a $150,000 fine.

The charges against Fuentes stemmed from a hidden-camera investigation by Arizona state Senate candidate Gary Snyder and San Luis activist David Lara, whose work was highlighted in "2000 Mules."

"2000 Mules" is based on a lengthy investigation by True the Vote founder Catherine Engelbrecht, and data analyst and election intelligence expert Gregg Phillips using cellphone location data and surveillance video. As Engelbrecht told WND in a video interview, they uncovered what they describe as a highly coordinated operation in key battleground states carried out by left-wing groups that collected mail-in ballots and paid "mules" to stuff them in unattended drop boxes, typically in the middle of the night.

On Tuesday, Engelbrecht and Phillips presented evidence from their investigation to Arizona legislators and met with Arizona Attorney General Mark Brnovich.

The AP, reporting the Tuesday hearing, described Engelbrecht and Phillips as "election conspiracy theorists," without naming them.

The wire service quoted Yuma Republican state Rep. Tim Dunn saying: "It's all about corruption in San Luis and skewing a city council election. This has been going on for a long time, that you can't have free and fair elections in south county, for decades. And it's spreading across the country."

The Gateway Pundit previously reported that in connection with the Yuma County probe, police served warrants and searched the home of an employee at a San Luis non-profit called Comité De Bien Estar, Gloria Torres.

The Arizona Republic also reported the police search and noted the non-profit's executive director is chairman of the Yuma County board of supervisors. The warrant, the paper said, sought the cell phone of a San Luis councilwoman who may have been involved in illegal ballot collection.

The Associated Press observed that "Republicans have rallied around the possibility of widespread voting fraud in the 2020 election where former President Donald Trump was defeated" and have "pointed to the charges against Fuentes as part of a broader pattern in battleground states."

"There is no sign of that in the investigation records, though," the wire service said.

The records, obtained by the AP through a public records request, "show that fewer than a dozen ballots could be linked to Fuentes, not enough to make a difference in all but the tightest local races."

But the True the Vote investigation of ballot trafficking spans the key battlegrounds in the 2020 election, and the organization claims that by their conservative estimate, there were enough fraudulently cast ballots in the alleged scheme to have affected the outcome of the 2020 presidential election.

Further, the AP reported that while Fuentes "is charged only with actions that appear on the videotape and involve just a handful of ballots, investigators believe the effort went much farther."

True the Vote delivered a well-received testimony to the Arizona Senate, and raids on the Democrat's criminal cartel are underway. pic.twitter.com/aVD8AZUnCm