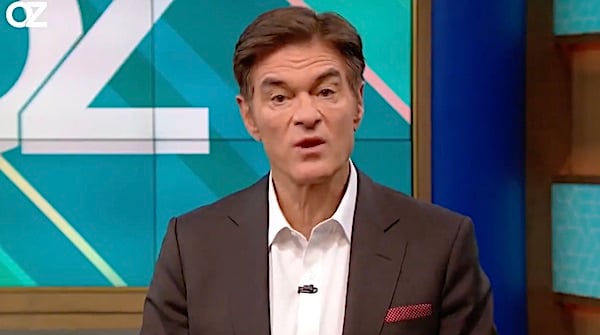 There was a big to-do when Jill Biden became first lady because some supporters insisted she be called Dr. Biden because of her degree in education.

But such courtesy isn't needed for Dr. Mehmet Oz, M.D., a board-certified cardiothoracic surgeon and also a GOP candidate for Senate in Pennsylvania.

That's according to Susan Wild, a Democrat who represents Pennsylvania in the U.S. House.

According to a report in the Washington Free Beacon, she has ordered, "Please stop using 'Dr.' before Oz's name. Use his name like we do for all other candidates. Or just his last name as we often do. He's not practicing medicine. He's running for office."

He recently was declared winner of the GOP nomination for the Senate, and is opposing Democrat John Fetterman in the race.

Please stop using “Dr.” before Oz’s name. Use his name like we do for all other candidates. Or just his last name as we often do. He’s not practicing medicine. He’s running for office.

"In October 2021, the congresswoman touted an upcoming appearance by 'Pennsylvania's own Dr. Jill Biden' at an event in her district. One local media outlet found it necessary to clarify that Biden 'holds a doctorate in education,' perhaps to avoid confusing its readers," the Free Beacon noted.

The report continued, "Jill Biden's insistence on being described as a 'doctor' is objectively weird. When the Wall Street Journal published an op-ed pointing this out in December 2020, however, a bunch of elite liberals agreed to be outraged. They demanded that 'Dr. Biden' be given the 'respect she deserves.'"

And it termed Wild's comments about Oz, "outrageous and condescending and offensive to all Muslims who worked hard to achieve their titles."

He would not be the first Muslim elected to Congress, as now Minnesota Attorney General Keith Ellison already has served in Congress.

The Free Beacon said, "Wild, who narrowly defeated GOP challenger Lisa Scheller in 2020, is among the most vulnerable Democrats seeking reelection this cycle. Scheller is running again this year to unseat Wild in the state's Seventh Congressional District, which the Cook Political Report rates as 'Lean Republican.'"