In his primetime address to the nation Thursday night, President Biden declared the Second Amendment is not "absolute" as he presented eight gun-control proposals.

Earlier Thursday, members of his party reflected that malleable view of the Constitution in a debate during a House Judiciary Committee meeting on the Protecting our Kids Act. The bill focuses on banning sales of semi-automatic weapons to those under age 21 and banning high-capacity ammunition magazines.

One Democrat angrily spit out an epithet about "constitutional rights" when a Republican lawmaker appealed to the Bill of Rights. And another vowed to eliminate some of the checks and balances established by the Founders that distinguishes a republic from a majority-rule democracy.

Rep. David Cicilline, D-R.I., was responding to the argument posed by Rep. Matt Gaetz, R-Fla., that so-called "red flag laws" authorizing the confiscation of weapons from a person who is suspected without probable cause of being an "imminent danger to themselves and others, such that they might commit mass murder" violates an individual's due process and Second Amendment rights.

"You know who didn’t have due process?" Cicilline shot back. "You know who didn't have their constitutional right to life respected? The kids at Parkland, and Sandy Hook, and Uvalde, and Buffalo and the list goes on and on.

"So spare me the bull**** about constitutional rights."

In the same hearing, Rep. Mondaire Jones, D-N.Y., vowed that Democrats will do whatever it takes to pass their restrictions on weapons, including removing the filibuster and packing the Supreme Court.

He said that if the filibuster in the Senate, requiring 60 votes to advance the bill, "obstructs us, we will abolish it."

"If the Supreme Court objects, we will expand it," Jones said. "And we will not rest until we have taken weapons of war out of circulation in our communities."

'The threat to democracy'
Former Attorney General William Barr commented on Jones' remarks in an interview with Glenn Beck.

Observing that Democrats "will not stop for any constitutional reason," Beck asked Barr, "Are we living in a banana republic?"

"We're approaching that," Barr replied. "But, you know, this highlights, I think, the hypocrisy of the Democratic Party, when they talk about the threat to democracy."

Barr pointed out that America's Founders "well understood – as was expressed in Federalist paper No. 10 – that the threat to democracy, they felt, was a momentary bare majority steamrolling over a minority."

"And that's why they built in these checks and balances."

Barr said Democrats are acting in a way that suggests their ends justify any means.

See Rep. Jones' remarks and the response from Barr:

A Dem. Rep just said he'd do ANYTHING to take AR-15s "out of circulation," including removing the filibuster and packing the Supreme Court. That's not common sense gun laws. Former AG Bill Barr argues that's approaching a BANANA REPUBLIC: "Their ends they feel justify any means." pic.twitter.com/G01vTAkvgW

The 'key fallacy'
In his address Thursday, Biden, citing CDC statistics, claimed more children are killed by firearms than by motor vehicles.

"Guns are the number one killer of children," the president told the nation.

Moreover, as Heather Mac Donald of the Manhattan Institute points out in an opinion piece in the New York Post, while "the horrific massacre in a Texas elementary school rightly outrages the nation, such mass shootings are not the primary reason for that grim statistic."

"Most young people killed by guns are shot in gang violence or other crime – which has only gotten worse since the George Floyd race riots and their long anarchic aftermath," she writes.

"Virtually none of those black deaths was protested by Black Lives Matter activists, since the victims were killed overwhelmingly not by the police and not by whites but by other blacks – and thus did nothing to advance the narrative about lethal white supremacy," Mac Donald writes.

"Blacks between the ages of 14 and 17 commit gun homicide at more than 10 times the rate of white and Hispanic teenagers combined," she pointed out. 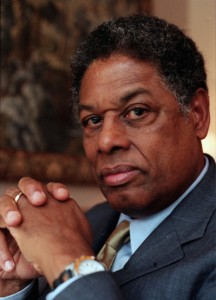 Economist Thomas Sowell argued in a column published a decade ago after the Newtown, Connecticut, school shooting that places with the strictest gun laws typically have the highest murder rates, such as Washington, D.C.

He said the "key fallacy of so-called gun control laws is that such laws do not in fact control guns. They simply disarm law-abiding citizens, while people bent on violence find firearms readily available."

"If gun control zealots had any respect for facts, they would have discovered this long ago, because there have been too many factual studies over the years to leave any serious doubt about gun control laws being not merely futile but counterproductive."

See Biden's address to the nation Thursday on gun control: