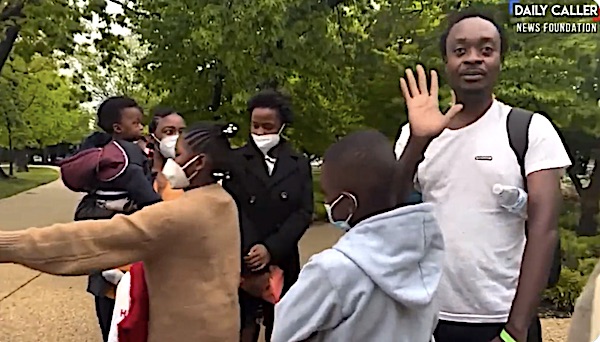 The plan will cost the city $9 million, which has increased property taxes by 4.8%, Portland’s finance director said, according to WGME.

Maine Gov. Janet Mills plans to provide housing for 140 families seeking asylum, as well as temporary shelter for 280 homeless adults as they await the opening of permanent shelters, according to WGME.

THREAD: This morning I spoke with migrants departing Gov. Abbott’s buses in DC. Here’s what they had to say:

This group, which is traveling with children as young as 8 months old, is from Angola, Africa. They told me they’re headed to Maine. 1/6 https://t.co/L9gigs5zOw pic.twitter.com/IoqIxIESk2

But residents aren’t so happy with the new tax increase, arguing that they’re already dealing with rising costs across the board.

“But I have mixed emotions with it,” Jacques added.

“They’re [asylum seekers] go-getters, I think. Regards to the homeless people. Kind of disappointed with them. And there’s so many companies out there now hiring. Jobs are everywhere. I think they should step up and try to better themselves that way and not rely on us,” Jacques explained.

Another homeowner in the city, Bob MacDougall, said he doesn’t think Portland should be supporting the homeless “to the extent they’re going forward with,” according to WGME.

“I think it’s quite a bit of money to be going up by,” MacDougall added about rising costs on many things.

“We realize that people are feeling it at the gas pump, at the grocery store. Inflation is real, and it’s real here for the City of Portland, too, as we look to retain employees. Costs of everything has gone up. So, these are difficult times,” Portland Mayor Kate Snyder said, according to WGME.