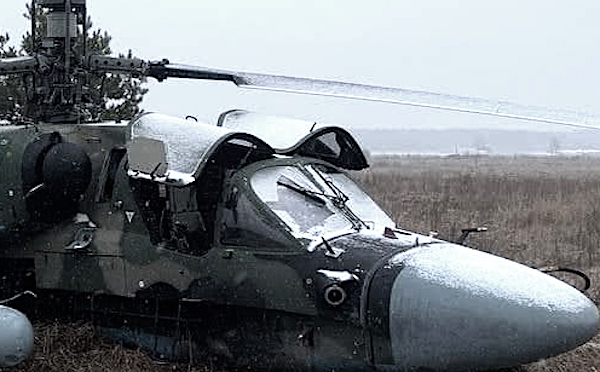 As Ukrainian casualties mount and Russia makes incremental gains in the Donbas region, military affairs experts and officials have begun to adopt a more long-term view of the Russia-Ukraine conflict.

While Russia bombards cities in eastern Ukraine with thousands of rounds of artillery, the outnumbered Ukrainian army counters with a depleting ammunition stockpile, losing up to 200 troops each day. Some experts initially predicted the war would conclude in a matter of months with a peace agreement or decisive victory, but now they anticipate the war will extend at least six more months, according to CNN.

“We just have to be prepared for the long haul,” NATO chief Jens Stoltenberg said at a White House briefing on June 2. “This war has now become a war of attrition.”

Pundits claimed Russia would soon lose too many resources, including troops, tanks and military-grade trucks to sustain a long-term war effort barely a month after it invaded. Now some say the opposite.

“The strategies and tactics of the Russians are completely different right now. They are being much more successful,” Oleksandr V. Danylyuk, an adviser to the Ukrainian government for defense and intelligence, told The Washington Post.

By concentrating the main war effort on the Donbas, Russian troops benefit from shorter logistics chains bringing in supplies and reinforcements from Russia and a numbers advantage over Ukrainian troops, according to The Guardian. Tactics have changed too, with Russian forces focusing on smaller encirclements around Ukrainian units and overwhelming artillery fire.

Francis Fukuyama, a renowned political scientist, said Russia was “heading for an outright defeat” in an essay published March 10 in American Purpose.

“The collapse of their position could be sudden and catastrophic, rather than happening slowly through a war of attrition. The army in the field will reach a point where it can neither be supplied nor withdrawn, and morale will vaporize,” he said.

Retired Lt. Gen. Ben Hodges, a researcher at the Center for European Policy Analysis, wrote on March 15 that “Russia’s effort to conquer Ukraine may culminate within the next 10 days” due to its military challenges and the possibility of debt default in the wake of Western sanctions. (RELATED: Despite Four Months Of Sanctions, Russian Energy Exports Are Still Booming)

Hodges later clarified to The Daily Caller News Foundation that his comment “was quite specific to the Russian attack in the north towards Kyiv … their attack culminated and they had to withdraw.”

U.S. perceptions of Ukraine’s ability to withstand a war with Russia were negative leading up to the invasion, Viktor Kovlenko, a former Ukrainian journalist and soldier, told TheDCNF.

“That is why as a former Ukraine serviceman I began tweeting to try to change such pessimistic perceptions of Ukraine in the West,” he explained.

At the start of invasion the Russian Army ammased 450 aircrafts and 250 helicopters near #Ukraine. So, simple calculations show that in 8 days of war they lost 8.6% of aircrafts and 10% of helicopters. Whith this dynamics, Russia may lose its airpower in 9 weeks (~2 month)

Ukraine’s ultimate success in the war depends on the quantity of weapons and other assistance from the West and the speed at which it is delivered, experts told TheDCNF.

“At this moment, there is a race between Russia which is boosting its combat capabilities and correcting mistakes, and the West which is re-arming Ukraine to let the victim kick the invader out,” said Kovalenko. “The side that will upgrade its own capabilities faster, will decide how this war will end.”

The United States has allocated over $54 billion in aid to Ukraine thus far and announced an additional $1.2 billion aid package Wednesday.

“I remain optimistic, assuming that we, the West, deliver all we have said we’re going to deliver,” said Hodges.

“War is a test of wills and a test of logistics. Ukraine has the superior will, and their logistical situation will improve in the coming weeks,” he added.

Fukuyama directed TheDCNF to an upcoming blog post when asked for comments. Oleksiy Arestovich could not be reached for comment.