The family of a onetime Clinton family associate is working to keep concealed the circumstances of his recent death, adding fodder to the longtime suggestions that the "Clinton Body Count," as Wikipedia describes it, has risen again.

The death of Mark Middleton – he reportedly was found hanging from a tree in Arkansas with a shotgun blast to his chest – prompted the Daily Mail to say, "His death adds to the number of close associates of the former president and first lady who have died unexpectedly, many in small plane crashes. The phenomenon has led to a conspiracy theory called Clinton Body Count which even has its own Wikipedia page."

According to reports, Middleton was a Bill Clinton adviser who admitted Jeffrey Epstein to the White House at least seven times.

Now his family, including father Larry and widow Rhea, are fighting to keep photographs and other investigative content about his death away from the public.

They have filed for an injunction that alleges blocking the release would halt what they describe as "unsubstantiated conspiracy theories."

The reports so far have said the married father-of-two, who lived in Little Rock, Arkansas, shot himself at the Heifer Ranch in Perryville, a half hour's drive from his home.

The Daily Mail said its public information request was denied based on the action.

Sheriff Scott Montgomery also told the publication that with the investigation open, "I can't say anything more."

Are Bill and Hillary Clinton criminally responsible for many of the deaths on the 'Clinton Body Count'?
99% (1607 Votes)
1% (14 Votes) 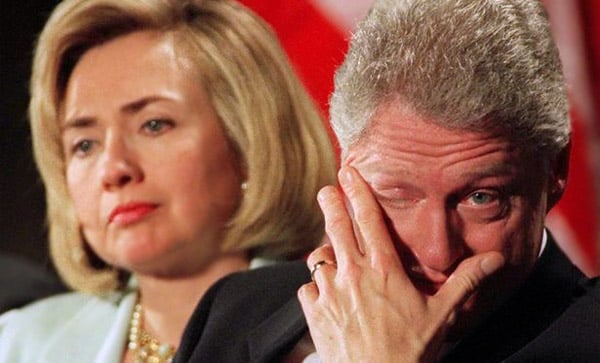 The report explained, "Middleton was the authorizing figure who admitted Jeffrey Epstein to the White House on seven of the at least 17 times the late pedophile visited."

Authorities reported he died of a self-inflicted gunshot, and in a legal filing from just a week ago, the family conceded he committed suicide, but say they have a privacy interest in keeping concealed images that may be available.

Their request for secrecy is to be heard in a court hearing on June 14.

Middleton also was aboard, multiple times, Epstein's jet, which was known as the "Lolita Express."

A ranch official said Middleton's car was found in a parking lot, and the body shortly after.

"'I don't know the man, and I don't why he picked our county or picked that location to commit suicide. To our knowledge, he had never been there before, and we have no record of him being there before.

"He died from a self-inflicted shotgun wound to the chest. He found a tree and he pulled a table over there, and he got on that table, and he took an extension cord and put it around a limb, put it around his neck and he shot himself in the chest with a shotgun," he said.

The Mail charged that "several [of] Clinton's former associates have died over the years in unexpected circumstances, including deputy White House counsel Vince Foster. His 1993 death was ruled a suicide but sparked a slew of conspiracy theories about the involvement of the Clintons."

Another death that was linked by hearsay was the mysterious death of Democrat activist Seth Rich.

In fact, WND reported last year that another case reportedly linked was the demise of the TV news reporter who broke news of the infamous "tarmac meeting" in 2016 between former President Bill Clinton and then-Attorney General Loretta Lynch.

The report explained Christopher Sign, who authored a book about his big story titled "Secret on the Tarmac," was found dead by police in Hoover, Alabama, after authorities received a report of a "person down."

His death was being investigated as a suicide.

It was in February 2020 that Sign talked with "Fox & Friends" about Clinton's secret tarmac meeting with Lynch at Phoenix's Sky Harbor Airport while the attorney general at the time was probing Hillary Clinton's use of a private e-mail server as the former first lady was the Democratic presidential candidate.