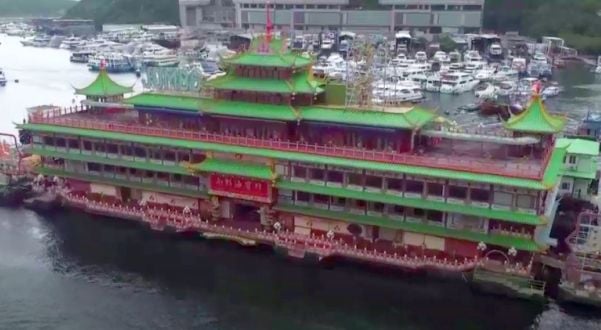 (ABC AUSTRALIA) – Hong Kong's iconic Jumbo Floating Restaurant has capsized in the South China Sea less than a week after being towed away from the city, its parent company says.

The restaurant encountered "adverse conditions" on Saturday as it was passing the Xisha Islands, also known as the Paracel Islands, in the South China Sea, and water entered the vessel and it began to tip, according to Aberdeen Restaurant Enterprises.

The company said no-one was injured, but efforts to save the vessel failed and it capsized on Sunday. "As the water depth at the scene is over 1,000 meters, [it makes it] extremely difficult to carry out salvage works," it said in a statement.