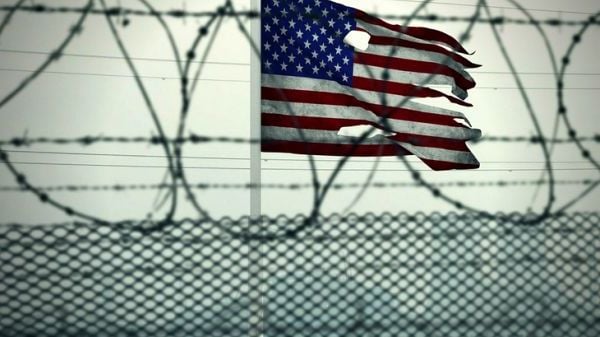 House Speaker Nancy Pelosi's stunt to use the nation's television networks to publicize to the American public the Democrat Party's claims about the Jan. 6, 2021, riot at the Capitol, and who her party wants the nation to punish, was set to begin Thursday night.

But Jeremy Brown, a self-described "political prisoner" of the Democrats, and their allies in influential international organizations like the United Nations, had no need to see her presentation to know what it was.

"A well-orchestrated and highly produced lie," he charged.

Brown, who has reported he was recruited by federal officials to be a spy on others at the Jan. 6 events that day but refused, issued a statement to the Gateway Pundit in advance of Pelosi's production, for which she's hired a former television executive to help stage.

Brown is a Green Beret and former Republican candidate of Congress in Florida. He served his nation 20 years in the Army, and reached the rank of Special Forces Master Sergeant.

Pelosi appointed her commission, naming only Democrats and refusing GOP nominees, then picking two rabidly anti-Trump GOP members, to "investigate" the Jan. 6 events. There, many patriots were protesting what they perceived as an unfair election outcome.

Trump has maintained that the election was stolen, although analysts have found it more likely was "bought."

And a multitude of investigations and reviews have found substantial misbehavior, prompted states to crack down on their voting procedures, and banish private money being used for elections.

The report said Brown now is a "political prisoner of the Biden regime in Florida," following his arrest on Sept. 30, 2021, at his home.

He was charged with trespassing "the invisible boundary around the U.S. Capitol on January 6th along with tens of thousands of fellow Trump supporters."

The Pundit explained, "As we reported months ago, Jeremy Brown refused to be an informant for the dirty FBI — They wanted him to be one of their operatives at the Jan. 6 Trump rallies. He refused. Jeremy released audio proof of his conversations with the FBI in December 2020 so they threw him in prison."

The Pundit continued, "Tonight Liz Cheney and Nancy Pelosi will lie to the American public in primetime about what happened on January 6, 2020. They will spin the truth and make up facts and omit the names like Ashli Babbitt and Rosanne Boyland and Ray Epps and John Sullivan and Jake Lang and Phillip Anderson and Jeremy Brown."

Brown warned, "What you’re about to see from this compromised government is a well-orchestrated and highly produced lie to meant to target the minds and perceptions of the uninformed and misinformed masses with intent to demonize and dehumanize their opposition."

He said the power brokers in Washington have set out as their "opponents" anyone who disagrees with them, or even asks questions, in their campaign to "take down America."

He said the strategy assembled by Democrats and international elites is to divide America on race, gender, medical mandates and more.

He said Americans should look at their supermarket shelves, gas tanks, life savings, workplace, community and culture and they'll see the results already.

"Why do you think gun control and domestic terrorism are the D.C. topics of the day?" he said.

"When politicians want to take away your guns, that's exactly when you need your guns."