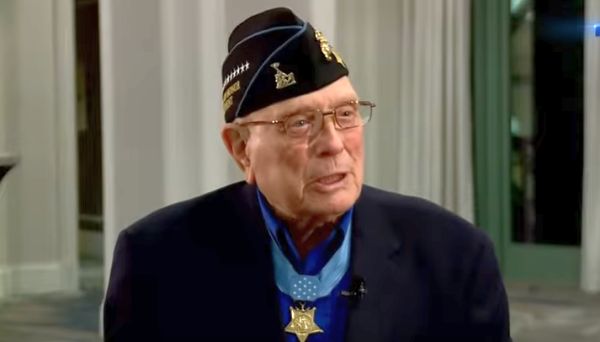 Williams was born on Oct. 2, 1923, and grew up in Quiet Dell in Marion County, West Virginia. He joined the United States Marine Corps and served in the Battle of Iwo Jima with the 21st Marines, 3d Marine Division. Williams received the Medal of Honor on October 5, 1945, from President Harry S. Truman for his “actions, commitment to his fellow service members, and heroism,” the Woody Williams Foundation website says.

Following his service in WWII, Williams worked to serve veterans and their families as a Veterans Service Representative for the Department of Veterans Affairs for 33 years. He also served as the Commandant for the Veterans Nursing Home in Barboursville, West Virginia, for almost 10 years and has served on the Governor’s Military Advisory Board for West Virginia.