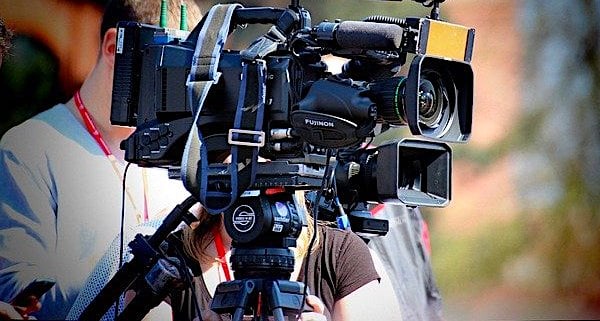 (Image by Ingo Kramarek from Pixabay)

A liberal online media outlet started a campaign to force the firing of MSNBC host Chris Hayes after he questioned Democratic leaders Monday in the wake of a series of Supreme Court rulings.

“Democratic Party leadership shouldn’t sugarcoat it, pretend there’s a magic wand they could wave, to reverse this terrible decision,” Hayes said on “All In With Chris Hayes” Monday night. “There isn’t. But they do need to articulate a plan to fight back. And right now, I gotta say that is shockingly absent.”

The Palmer Report, a liberal online media outlet, reacted to Hayes’ comments by starting a campaign to have the MSNBC host fired and tried to get #FireChrisHayes to trend on Twitter.

“We can’t just sit back and let this scumbag Chris Hayes cost us the midterms while he tries to manipulate liberals’ fears and frustrations for the sake of ratings,” the site posted on Twitter Monday night. “He’s been pulling this crap for years. Enough. We’re getting him fired.”

“If you’re attacking the Democrats right now, all you’re doing is handing the Republicans more votes in the midterms,” the site said late Monday night. “This is war, and you’re playing full time for the other team. Knock it off. Seriously, you’re trying to get us killed. Shut the hell up, you pathetic morons.”

The outlet also posted a thread on Twitter Tuesday of “lessons on how to stop being self sabotaging morons.”

We, the liberal activists, need some lessons on how to stop being self sabotaging morons. So here we go, in a thread that many of you will find offensive, but all of you absolutely must read and learn from:

Hayes, MSNBC and the Palmer Report did not immediately respond to requests for comment from the Daily Caller News Foundation.