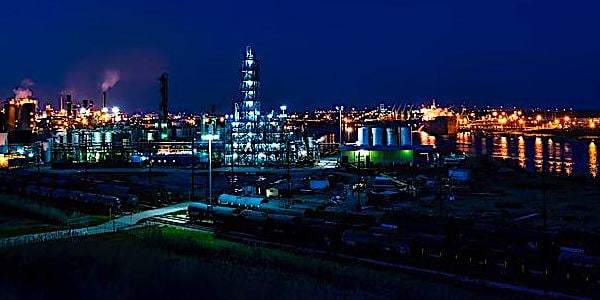 A key Texas petroleum refinery that produces more than 200,000 barrels of fuel per day is facing a premature shutdown that could increase pressure on domestic fuel supplies.

The Houston, Texas, facility — which is operated by LyondellBasell Industries, spans 700 acres and was built in 1918 — is scheduled to permanently close by the end of 2023, but could shut down earlier if a “major equipment failure” spreads to major units, two people familiar with the issues told Reuters. The refinery processes 268,000 barrels per day (bpd) of oil and produces 92,600 bpd of diesel fuel, 89,000 bpd of gasoline and 44,500 bpd of jet fuel.

The company announced in April that it would shut the refinery by 2024 due to the heavy financial burden of upgrading its more than 100-year-old infrastructure, Barron’s reported at the time.

“After thoroughly analyzing our options, we have determined that exiting the refining business by the end of next year is the best strategic and financial path forward for the Company,” LyondellBasell executive Ken Lane said in a statement, according to Barron’s.

“The COVID pandemic really drove down gasoline and diesel demand which accelerated some things that were already happening,” Geoff Moody, the vice president of government relations at the American Fuel & Petrochemical Manufacturers, previously told The Daily Caller News Foundation.

“There was already some contraction happening in the industry as a result of projected declines in U.S. gasoline demand into the future and companies just deciding that the assets were better used as other projects or shut down completely,” he continued. “Some of its been very policy-driven and companies decided that it wasn’t worth it to keep operating those assets.”

The Biden administration has reportedly considered addressing the declining refining capacity, but has yet to act on the issue.

LyondellBasell and the Department of Energy didn’t respond to requests for comment from TheDCNF.