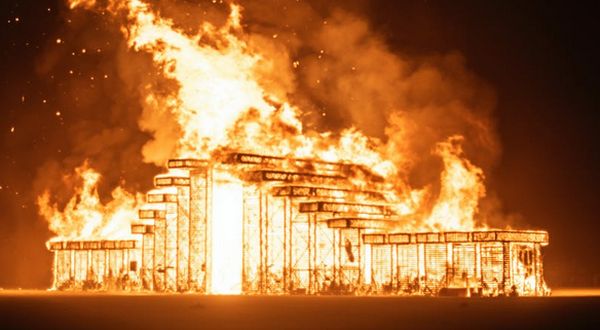 In an urgent plea, Attorney General Merrick Garland is being asked to arrest members of a violent abortion activist group that vows to retaliate against pro-life proponents if the Supreme Court overturns the Roe v. Wade ruling.

In a letter Friday to Garland, William Donahue of the Catholic League for Religious and Civil Rights asked for the "full resources of the Department of Justice to apprehend and prosecute domestic terrorists who have recently attacked Catholic individuals, vandalized Catholic churches and torched Catholic-operated crisis pregnancy centers."

"We have witnessed a rash of vandalism against Catholic churches, firebombings of crisis pregnancy centers (many of which are run by Catholics), Masses being interrupted, illegal protests outside the homes of Catholic Supreme Court Justices, and an attempted murder of one of the Catholic Justices," he wrote.

"While there are several groups involved in these attacks, none is more dangerous than Jane's Revenge." 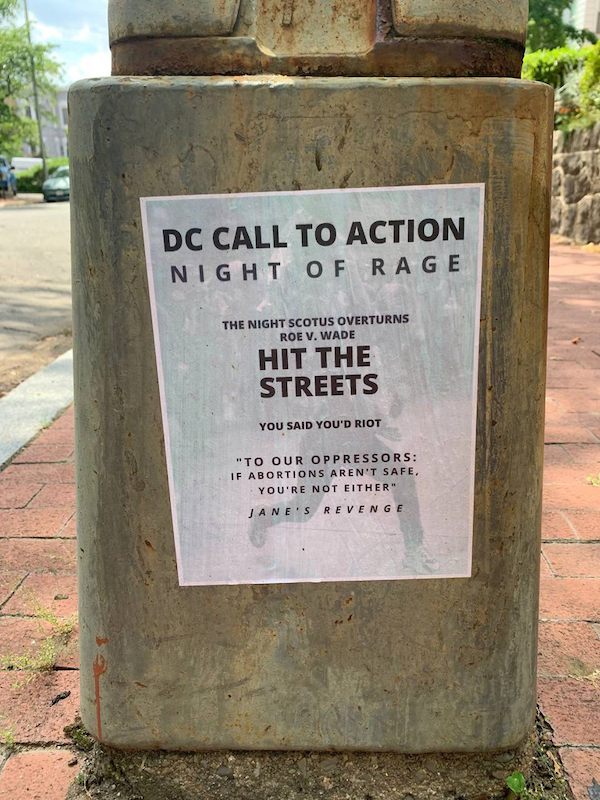 Jane's Revenge, which has taken responsibility for the attacks on crisis pregnancy centers, is calling for a "Night of Rage" on the day the Supreme Court is expected to overturn Roe v. Wade.

In a statement May 8 following the firebombing of a crisis pregnancy center in Madison, Wisconsin, the group demanded that the facility be shut down. And the building will be destroyed, the group declared, it if continues to provide services for pregnant women.

News flash, our DOJ head is a terrorist sympathizer.

“Over 120 congress members wrote to AG Garland questioning if he is even investigating the Janes Revenge domestic terrorist attacks.”https://t.co/3VbFqpBaH5 pic.twitter.com/kEzTw6da3G

The "Night of Rage" threat was posted online May 30.

"On the night the final ruling is issued," the Janes' Revenge statement said, "we are asking for courageous hearts to come out after dark."

On June 14, the group warned it is operating in 16 cities, as well as in "countless locations invisibly."

It's now "open season" on "anti-choice" groups, Jane's Revenge said, vowing to "never stop, back down, slow down, or retreat."

It sent a direct warning to pro-life groups.

"Eventually your insurance companies, and your financial backers will realize you are a bad investment."

On June 16, Jane's Revenge said it would continue to destroy crisis pregnancy centers like the one in the Minneapolis-St. Paul area.

Donahue wrote to Garland that he has received information "from credible sources that there is a link between Jane's Revenge and Antifa, the far-left anarchist group."

"Their modus operandi and goals are very similar. Together, these two loosely organized terrorist groups pose a grave threat to democracy."

On Wednesday, more than 120 members of Congress wrote to Garland about Jane's Revenge. The letter listed 14 attacks since the leak of the majority opinion in the Mississippi abortion case, which shows the court is prepared to overturn the landmark Roe decision.

"The department has a clear duty to pursue these recent attacks as instances of domestic terrorism, and it is the responsibility of the National Security Division to protect the United States from threats to our national security by seeking justice through law," the lawmakers wrote.

Donahue noted to Garland that 16 senators wrote him June 7 asking what the Justice Department is doing about the attacks.

"I applaud them for their interest, but we are beyond the point where data gathering is sufficient," Donahue said. "We have now reached the stage where probes are academic. The clock is ticking."