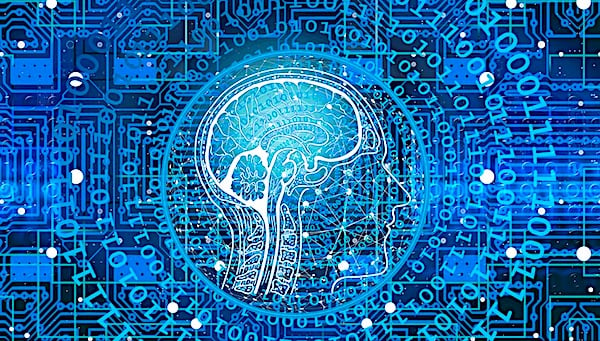 China is pursuing a new concept of warfare that aims to deploy artificial intelligence to directly control the enemy's will and subdue a nation without having to resort to conventional "hot" warfare.

The idea of cognitive warfare may sound like science fiction to most people, writes Judith Bergman, and attorney, political analyst and senior fellow at the Gatestone Institute.

But experts have cautioned that the United States needs to take the threat seriously.

The basic idea, according to Japanese defense expert Col. Koichiro Takagi, is "to use AI to directly control the will of the highest decision-makers, including the president, members of Congress, and combatant commanders, as well as citizens."

Takagi is a senior fellow of training evaluation research and development command for the Japan Ground Self-Defense Force, the Japanese army's land forces.

The 2019 annual report to Congress on China's military and security, produced by the office of the secretary of defense, said the People's Liberation Army is "exploring next-generation operational concepts for intelligentized warfare, such as attrition warfare by intelligent swarms[1], cross-domain mobile warfare[2], AI-based space confrontation[3] and cognitive control operations[4]."

"Above all, intelligentization will aim to achieve advantages in psychological warfare," wrote Ben Noon, a research assistant at the American Enterprise Institute, and Dr. Chris Bassler, senior fellow at the Center for Strategic and Budgetary Assessments, in September 2021.

"Theorists describe a 'cognitive confrontation,' in which PLA leaders will psychologically dominate opposing commanders through better and faster decisions. The PLA plans to employ all available tools to the overarching objective of reducing an enemy's will to resist," they said.

Further, China has been doing research on brain control or brain warfare research for several years as part of its work on developing intelligentized warfare, according to three reports written in 2019 by the People's Liberation Army and obtained by the Washington Times.

"War has started to shift from the pursuit of destroying bodies to paralyzing and controlling the opponent," said one of the Chinese reports, which was published in the official military newspaper PLA Daily.

"The focus is to attack the enemy's will to resist, not physical destruction" and to cause "the brain to become the main target of offense and defense of new concept weapons," according to a PLA report.

"To win without fighting is no longer far-fetched."

The reports also indicate China is working on integrating humans and machines to create enhanced human physiological and cognitive capacities.

"Future human-machine merging will revolve around the contest for the brain," said one of the PLA reports.

The Washington Times reported PLA research includes "brain control technologies, such as measuring neuronal activity in the brain and translating neuro-signals into computer signals, establishing uni-directional or bi-directional signal transmission between the brain and external equipment' and 'neuro-defense technology such as 'leveraging electromagnetic, biophysical, and material technologies to enhance human brain's defense towards brain-control attacks.'"

Noon and Bassler urge the United States to take seriously China's research on intelligentization and be more open to the public about it.

"With other notable PLA efforts, the United States military has been content with sitting on classified awareness while losing valuable time for mobilizing a response," they write.

"In the case of intelligentization, the U.S. military should not repeat this mistake yet again."

The Center for Security and Emerging Technology produced a report last October titled "Harnessed Lightning: How the Chinese Military is Adopting Artificial Intelligence."

"Chinese leaders view AI as the key to transforming the PLA into a 'world-class,' globally competitive military force," the authors write in the executive summary. "PLA advances in AI and autonomy will create new vulnerabilities for the United States and allied forces operating in the Indo-Pacific."