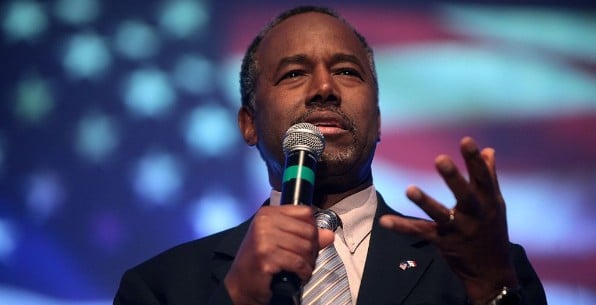 Dr. Ben Carson, a neurosurgeon and former Republican presidential candidate, cast doubts on President Joe Biden’s mental fitness during an interview with The Daily Caller News Foundation, pointing to his frequent gaffes as evidence the president is not all there mentally.

“Well, certainly you want someone in that office who’s a peak performer, not someone whose staff has to constantly come behind him and clean up what he’s been saying,” Carson told TheDCNF. “Someone who can complete a sentence without a teleprompter would be helpful, as well.”

Moreover, 62% of the poll’s respondents also believe Biden is “showing he is too old to be president.”

“You’re talking about somebody who has the nuclear codes, who has so many things that are important to Americans in his hands,” Carson said.

NEW Harvard-Harris poll: Only 39% of independents believe that President Biden in “mentally fit” vs 61% who say they “have doubts about his fitness”https://t.co/UbIB2zwk6E

While Carson did not want to give a formal diagnosis of Biden’s health, he called for mental status tests to better evaluate those in leadership positions, specifically the president.

“I don’t want to make a diagnosis on him but we really should be in a place as a nation where we’re willing to do mental status tests on our leaders, particularly our president, on an annual basis,” Carson said. “And if they can’t pass that mental status test, action needs to be taken.”

Carson also questioned the image presented to adversarial countries like Russia, China and Iran when some Americans do not think Biden has the mental fitness to be president.

“It sends a message that now is the time to take advantage of the United States while we have a weakened leadership. Recognize the position of the United States and the world,” he said. “Before we became the dominant world power, there were all these despotic leaders going around crushing anybody who was weaker than them, and that subsided to a large degree during our peak strength.”

“However, now that we’re starting to lose strength, you’re starting to see the despotic leaders rise again and so it is important not only to our country but to the world that we have strong, effective leadership,” Carson said.

The White House did not respond to TheDCNF’s comment request.