Mitt huffed and puffed about how Barack’s new health care law was making a mess of the country.

Barack just smiled one of those Cheshire Cat smiles and said, "Yeah, but, oh-golly-gosh-gee-whiz, my law was based on the law you passed first, as governor!"

So Mitt huffed and puffed, all the more, at the house of bricks he'd unwittingly helped to build, and Barack cried "oui, oui, oui" all the way to his second term.

And they say we neglect history at the risk of repeating it.

The best president we've had yet had the greatest screw-up. Make a long list of all that President Trump promised and then accomplished, and then add a few more that came up along the way, and you will be describing the best. Then, look at one monumental blunder. Look at it deeply, and then pause, before offering your support for a wishful dream of a repeat great performance.

Will Trump rise to the challenges of a second term, or will he fall, as Mitt did, on his own petard?

There is Trump calling attention to hydroxychloroquine as an effective treatment for COVID-19, followed by amnesia and then the exclusive promotion of the vaccines. There is Neil Cavuto, saying of hydroxychloroquine, "This stuff will kill you!" There is Trump, like a gleeful teenage first-time car buyer, nodding in complete agreement for months, while Fauci sold us all on an evil lemon for the ages. There is Trump, at the end of the day, after decades of proving to be no one's fool (and so convinced of his own invincibility), being duped by the villains who had searched for the one chink in his brash New York armor.

Trump, the man who loved his country and its people, a man of sure and quick action, and a germophobe to boot! Then, there is that indelible image of Trump boasting that the decision to quarantine the whole country took no time at all, after being given Fauci’s dire warnings of the imminent death of millions of Americans.

We cannot escape the plain notion that a vile concoction was touted, in profound error, by a great man of good will.

The Democrats praised Mittens for his bipartisan adoption of the left's socialist health care plan for Massachusetts and then threw it in his face when he challenged Obama.

They never took umbrage at Trump’s Faucian compact, to shut it all down, other than to pretend its implementation was too slow.

But what leverage do they hold now against the second coming of Trump? DJT can argue that he never mandated the vaccine. But no one will forget (the Dems above all) that he is the author of Operation Warp Speed, which brought the clot shot to us all, post haste.

Unless Joe the Usurper succeeds in cajoling Vlad the Warlord into a nuclear exchange, President Trump's OWS will remain the most Pyrrhic of victories. The Democrats, whose cohorts engineered the travesty, will not fail to broadcast far and wide that the responsibility belongs to Trump. Probably a fascistic plot to keep People of Color from voting.

New and ever more vicious lies pound our defenses day after day, testing the depths of our acquiescence.

Where are the friends that we thought were true? Neither Fox News nor Newsmax dare whisper the title of "2,000 Mules," the best evidence of the theft of the 2020 election. Parler has long since been minimized and OANN reduced to a distant echo. Even now, despite massive data supporting their  efficacy against COVID-19, hydroxychloroquine and ivermectin are still suppressed and ridiculed as "Trump drugs."

If Trump runs and becomes the nominee, we will support him with all the love we have for America. But if he runs and falls, America falls.

We would prefer that he throw his support behind Ron DeSantis and place his honor, fortune and exceptional political skills at the disposal of the fight to set right the great wrong that slipped past him, either on his own or as part of a DeSantis administration.

It must become clear to us all that the killer vaccine has been exploited not only to undermine America but also to advance a global tyranny that intends to rule over a radically reduced population.

Links to understanding the vaccines and their political fallout: 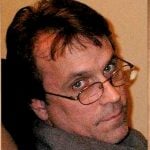 Roe, Roe, Roe your boat … the 'stream' is getting clearer
The Pyrrhic victory of Trump's Operation Warp Speed
Was censoring of '2000 Mules' the sign of America's death?
The bipartisan agreement to remove old Joe
The infected, elected and selected
See more...