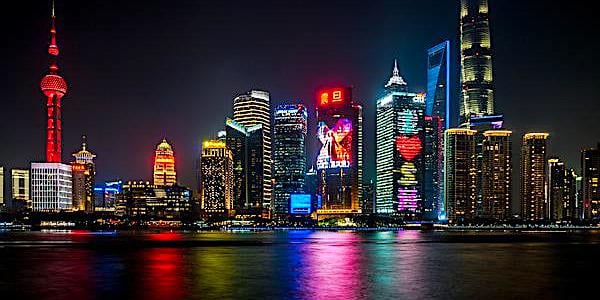 [Editor's note: This story originally was published on June 27 by Real Clear Politics.]

Even before China and Russia publicly affirmed their alignment against the West, just three weeks before Vladimir Putin ordered his troops into Ukraine, Washington was stepping up its actions against Beijing’s disregard for human rights and religious freedom.

Last week a new U.S. law aimed at combatting the Chinese Communist Party’s enslavement of Uyghurs took effect, launching a vigorous effort to enforce a ban on importing goods produced in any way by forced-labor camps in the Xinjiang region.

U.S. and other Western journalists, human rights groups, and think tanks over the last several years have helped expose China’s mass detention and placement in re-education camps of more than a million Uyghurs, a predominantly Muslim minority living in Xinjiang, a territory in northwest China.

The Beijing Olympics brought more attention to the Uyghur cause when the U.S., Australia, Britain, Canada, and Japan joined Belgium, Germany, Denmark, and Estonia in a decision not to send diplomats to China for the games in protest of what many leading experts argue is a slow-motion genocide.

Key voices in Washington this week plan to spur more international condemnation of China’s persecution of religious minorities during the International Religious Freedom Summit, a three-day event beginning June 28, bringing together a broad, bipartisan international coalition of leaders, groups, and businesses that fight for faith-based freedom around the world.

The final banquet, set for Thursday evening, will feature remarks by Enes Kanter Freedom, a former professional basketball player. Freedom’s outspoken criticism of the National Basketball Association’s close business ties to China despite Beijing’s Uyghur persecution cost him a position with the Houston Rockets, after the team acquired him from the Boston Celtics in February. His willingness to sacrifice his basketball career to take such a stand has made him a human rights celebrity among conservatives.

Nigerian Catholic Bishop Jude Ayodeji Arogundade of the Ondo Diocese also will travel to Washington for the summit next week. In early June, at least 50 Catholic parishioners were killed in a mass shooting in Ondo by unknown gunmen, marking another brutal chapter in the persecution of Christians in Nigeria.

Additionally, Moscow’s chief rabbi, Pinchas Goldschmidt, who left Russia earlier this year after pressure to support its invasion of Ukraine, will be on hand to speak about his experience and ongoing antisemitism in Europe.

While the summit will focus on religious persecution around the world, condemnation of China’s record on human rights and religious freedom will be an even greater focus of this year’s summit.

For the first time at such a prominent gathering of this kind, experts and victims will lay out evidence that China for years has operated forced organ harvesting of its political prisoners as a form of execution. Targeted groups include Uyghurs and members of the Falun Gong, a spiritual discipline that preaches the virtues of meditation and forbearance, banned by China in 1999. Authors of a recent academic article claimed that the gruesome practice is taking place on a much larger scale than Western leaders previously believed, coming to light in part due to China’s partnership with the World Health Organization.

An expert told a congressional panel in mid-May that there is widespread organ harvesting within the Chinese government’s Xinjiang prison camps. Earlier this month, the European Parliament passed a resolution condemning organ harvesting in China and calling on the EU to act on the new findings.

“When I first heard about this [practice] 20 years ago, I thought it was ghastly, but we just couldn’t really get a hold of the hard evidence,” said Sam Brownback, former governor of Kansas, who also served as a senator and ambassador for religious freedom in the Trump administration. “Now we’re starting to get some people coming forward with family members that this happened to, and then groups have examined the evidence to validate it, so we’ll dig into that piece that the Chinese government is doing.”

Katrina Lantos Swett, daughter of the late Rep. Tom Lantos, a human rights champion and the only Holocaust survivor to have served in Congress, co-chairs the International Religious Freedom Summit with Brownback. Swett tells RealClearPolitics that the organ harvesting issue is personal for her, having had two members of her extended family in the U.S. desperately waiting for months for donor organs.

“You can get an organ dialed up to order within a couple of weeks in China, and that’s impossible and unheard of anywhere else in the world that has a legitimate organ donation system that is based on truly voluntary donations from deceased individuals,” she said. “It’s a mind-bogglingly ghoulish crime that brings to mind the abuses of Dr. Josef Mengele, the infamous Nazi doctor that conducted experiments on Jewish prisoners during the Holocaust.”

When it comes to Chinese persecution of Christians, religious freedom advocates worldwide were alarmed by Beijing’s arrest in early May of Cardinal Joseph Zen, a 90-year-old respected retired Catholic priest who helped organize anti-government protesters. His arrest, along with those of several other pastors and church administrators, is part of a larger crackdown on religious minorities as Beijing tightens its grip over the once semi-autonomous city.

“This stately elderly man that you arrest, who has been a beacon of freedom his entire life … I just don’t think there’s any boundary that the Communist Party is unwilling to cross, and we will talk a lot about this at the summit,” Brownback told RCP. “What China continues to stand for and execute on is the most diabolical and horrific religious persecution we’re seeing worldwide.”

Because the world is starting to break into new Cold War alliances, Brownback worries that other nations aligned against the U.S., Europe, and other democracies will repeat the persecution of religious people they see in China. “You’re starting to see some of that in Pakistan. You obviously see it in North Korea, but you’re unfortunately going to see it in more places,” he predicted.

“Many governments don’t like religion because it’s the one institution with enough loyalty and strength to stand up to government,” he continued. “And if you’re a communist, you hate that because they’re an atheistic philosophy that wants nothing more powerful than the state and nothing that can dethrone the state.”

Chinese President Xi Jinping’s rise to power has shifted religious persecution into a much more aggressive and higher gear, he added.

“After 70 years of power that the Chinese Communist Party has had, they think they’re irreplaceable, and their dynasty is going to last forever, and they can do anything they want,” Brownback said. “But they are not acting like an empire that’s confident in their system – they’re acting like a bully, and that doesn’t win you friends around the world, that doesn’t tell people you’ve got a good system.”

But Brownback – who launched the first international religious ministerials with Pompeo’s blessing during the Trump administration – and Katrina Lantos Swett also see signs of progress as U.S. elected leaders recognize they need to build up a self-sufficient supply chain for goods and services independent from China and other repressive regimes.

“I think we’ve got a winning hand here – we’ve just got to keep building and growing it out,” Brownback said. “The level and amount of religious persecution and genocide are just so apparent right now – it’s getting hard to deny it.”

Swett concurred, arguing that governments that allow people to practice the beliefs of their choice and develop pluralistic societies are ultimately stronger. Religious freedom, she said, is not about pushing one’s own beliefs on others but creating a civilized society in which people defend the rights of everyone else to exist and practice their beliefs as they choose.

With the summit bringing so many people of diverse faiths to engage and empathize with one another about the suffering their communities have endured, Swett said the goal is not only to build “bridges of empathy, understanding and support … It will also help communities recognize that their rights really do depend on defending the rights of others – that you cannot operate effective societies based on suppressing some and supporting others.

“I hope that we will effectively carry beyond the summit the message that freedom of religion, conscience, and belief is something that is a fundamental right and an enormous force for good economically, socially, culturally and politically.”

[Editor's note: This story originally was published on June 27 by Real Clear Politics.]