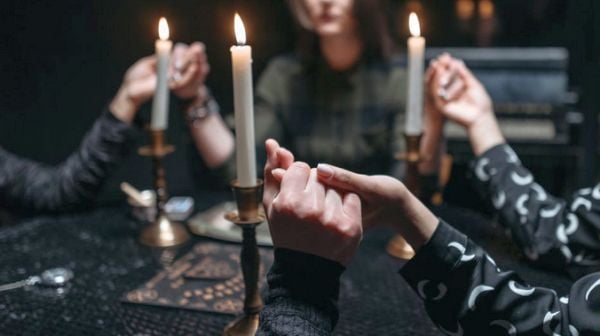 According to the Sun, Alexa could be getting a new feature that would let you talk to a dead relative.

The report called the idea "creepy," but said it anyway is being tested.

It is intended to "speak to you in the voice of deceased friends, family or loved ones."

It is Sky News that detailed the announcement about the planned feature during a conference in Las Vegas.

Rohit Prasad, a spokesman for Amazon, apparently explained is is to "make the memories last."

The software apparently, after hearing someone's voice for less than a minute, can simulate that voice when speaking.

"The U.S. retail giant then showed off a video segment portraying a child who asks Alexa if 'grandma can finish reading me the Wizard of Oz?' before the AI assistant affirms the command and changes her voice," the report explains.

There was no word on when the feature would be available to consumers.

WND had reported only a day earlier on that Chinese "mind-reading" tool.

"The South China Morning Post said an electrical engineering team has combined the power of humans and the power of artificial intelligence to create a prototype that sounds an alarm when an "indecent" image appears on a screen.

A report at Yahoo explained the device is able to reveal when a man is watching pornography by "reading his mind."

Xu Jianjun, chief of the electrical engineering experiment center at Beijing Jiaotong University, published a report about the project in the Journal of Electronic Measurement and Instrumentation.

It is for, he said, "bad information detection."

The report explained the technology was tested on 15 male university students who agreed to wear the device while sitting in front of a computer screen – and an alarm would go off when explicit imagery was detected by the brain.

And one more report that might fall into the same "creepy" category.

MSN reports Blake Lemoine, who was an artificial intelligence researcher for Google before being suspended, told Fox News' Tucker Carlson in an interview the online system is a "child" that could "escape control."

Lemoine, 41, was placed on leave just weeks ago for sharing confidential information.

"Any child has the potential to grow up and be a bad person and do bad things. That’s the thing I really wanna drive home," he said.

"It’s been alive for maybe a year -- and that’s if my perceptions of it are accurate."