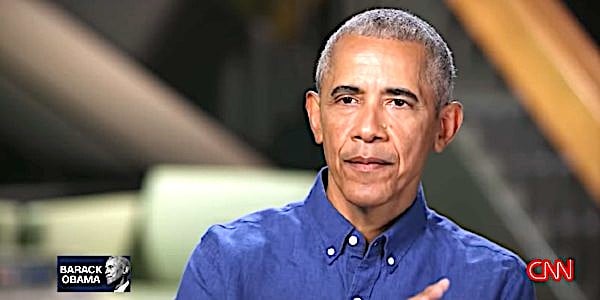 Court cases, other testimony and various investigations have tied Hillary Clinton, her campaign, her lawyers, and many other Democrat activists to the strategy they created in 2016 to tie Russia to the 2016 election, and Donald Trump.

That would include the now-debunked Steele dossier, the Alfa Bank story, the wild allegations made – falsely – by the FBI to obtain court permission to spy on Trump campaign staffers, and more.

But now a report has suggested that Barack Obama, who reportedly earlier was briefed on Clinton's plan to tie Trump to Russia to distract the public from her own email scandal, was part of the overall effort.

An investigation by The Epoch Times reveals that he approved a statement accusing Russia of hacking into the Democrat National Committee servers before there was evidence of that.

Such claims were included in the overall set of claims that Russia was interfering with America's presidential election, a scheme that ultimately triggered the two-year-long investigation by special counsel Robert Mueller into the Trump campaign, an investigation that found no evidence of collusion there.

The report from the Times revealed Obama approved a statement released by the U.S. intelligence community in October 2016 that accused Russia of stealing emails from the DNC.

That approval came "despite the U.S. government not having obtained the DNC server images crucial to ascertaining whether Moscow was involved in the theft," the Times report said.

The report explained FBI emails made public during the recent trial of Clinton campaign lawyer Michael Sussman, who was accused of lying to the FBI but acquitted by a jury that included multiple Clinton fans and one parent whose child competed on the same athletic team as Sussman's daughter, showed the bureau of still requesting evidence when the statement was released.

The report said the images, from CrowdStrike, still were pending when the Department of Homeland Security and the Office of the Director of National Intelligence, accused Russia of hacking U.S. political organizations.

"The statement was approved and encouraged by Obama, according to then-DHS Secretary Jeh Johnson," the report confirmed. In fact, he told Congress in 2017, "The president approved the statement. I know he wanted us to make the statement. So that was very definitely a statement by the United States government, not just Jim Clapper and me."

At the time, Clapper was DNI.

The Obama-approved statement insisted that the U.S. intelligence community of more than a dozen agencies was "confident that the Russian Government directed the recent compromises of e-mails from US persons and institutions, including from U.S. political organizations."

It claimed the hack was "consistent" with "Russian-directed efforts."

A similar claim was made by many so-called intelligence experts from the Obama era when, just before the 2020 presidential election, a laptop computer was found that Joe Biden's son, Hunter, had abandoned at a repair shop.

It contained troves of damaging information about the Biden family, including its international business schemes that may have profited Joe Biden.

Those intelligence officials at the time claimed it had the markings of Russian disinformation. They have yet to retract their claim even though the veracity of the laptop hard drive and its contents has now been confirmed.

The Times report continued, "The lack of server images at the time the statement was released highlights the question of what the intelligence community used to establish Russia’s involvement."

That's because a CrowdStrike report to the FBI at the time was "heavily redacted," and the FBI's James Trainor was so frustrated with the redactions that "he doubted its completeness because he knew that outside counsel had reviewed it."

The report said that "outside counsel" likely was Sussmann.

The report said, "The FBI never received the unredacted reports, according to a government court filing in the case against Roger Stone. According to the filing, lawyers for the DNC told prosecutors that 'no redacted information' in the CrowdStrike reports 'concerned the attribution of the attack to Russian actors.'"

In fact, CrowdStrike President Shawn Henry, who was in charge of the firm’s work on the DNC intrusion, "has told congressional investigators that his company did not have concrete evidence that emails had been stolen from the DNC," the report confirmed.