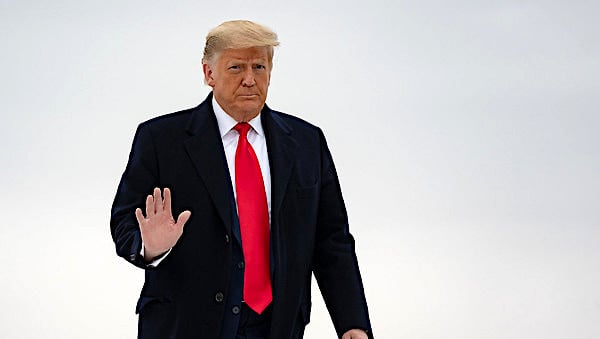 A lawsuit that has just been revived by an appeals court decision raises the specter for Democrats of more – maybe many more – details being unveiled about their conspiracy to create a Russia collusion claim against Donald Trump while he was candidate for president.

A conspiracy that now has been thoroughly debunked.

The revived case has been profiled by Just the News, which explained it involves defamation claims by London-based academic Svetlana Lokhova against ex-FBI "confidential human source" Stefan Halper.

"If the case proceeds to discovery or trial, it is likely to renew scrutiny about the weakness of evidence the FBI used to justify investigating Trump, his campaign and his business associates for alleged collusion with Russia. No such collusion was ever found," the report explained.

"The FBI has already released documents showing that the dossier compiled by [former British agent Christopher] Steele and funded by Hillary Clinton's legal team — which was used by the FBI to secure a FISA warrant targeting the Trump campaign — contained significant amounts of disproven or unsubstantiated claims or useless internet rumor."

The report continued, "At a trial last month, Special Counsel John Durham showed that computer data evidence submitted to the FBI by Clinton campaign lawyer Michael Sussmann was quickly dismissed as lacking any proof of Russia collusion. And the FBI's own debriefing documents of Halper, identified as 'CHS' or confidential human source, show his allegation about Lokhova and [Gen. Michael] Flynn, [Trump's former national security adviser] referred to in the memos by his codename as 'Crossfire Razor' or 'CR,' was quickly dismissed even before the bureau opened up its probe of Flynn in August 2016."

The report explained Judge Leonie Brinkema had dismissed Lokhova's defamation action against Halper, but the 4th U.S. Circuit Court of Appeals ruled she abused her authority and reinstated the case.

"We conclude that the court could not have properly concluded that Lokhova's complaint ... had absolutely no chance of success," the appeals court ruling said.

The case concerns Lokhova's claims that Halper, a Cambridge official who with Steele was a primary source of the FBI's now-discredited "Crossfire Hurricane" investigation of the made-up claims of Trump collusion with Russia.

The report explained, "Declassified FBI documents obtained by Just the News last year show that Halper was the source of an allegation that Lokhova left a 2014 foreign meeting with Gen. Michael Flynn, Trump's former national security advisor. The allegation was dismissed as 'not plausible' and 'not accurate' by agents but nonetheless leaked to the news media in a series of stories that portrayed Lokhova as a 'honey pot' Russian spy."

The Halper allegations also were used by the anti-Trump wing of the FBI in its opening a full-scale investigation of Flynn.

With the case restored, Lokhova is seeking discovery, and her most recent filing charges, "The media scrutiny, social media scrum, and violent threats against her because of these false allegations, forced her to flee her home, cost her the academic position she held and her PhD, tarnished her reputation, and have prevented her from re-gaining employment in her chosen field."

Halper is demanding the case be dismissed.

Flynn attended in 2014 a meeting that was part of the Cambridge Intelligence Seminars and was accused, by an "informant," of socializing with [redacted], which apparently was Lokhova.

"The CHS stated that a woman, Svetlana Lokhova, surprised everyone and got into CR's cab and joined CR on the train ride to London. The CHS stated that s/he is somewhat suspicious of Lokhova as she has been affiliated with several prominent members of [redacted]. CHS believes that Lokhova's father maybe a Russian oligarch living in London," federal details revealed.

"Four days later on Aug. 16, 2016, documents show, the FBI formally opened a counterintelligence investigation into Flynn as part of the Crossfire Hurricane probe into the now-disproven allegations of Trump-Russia collusion," Just the News confirmed.