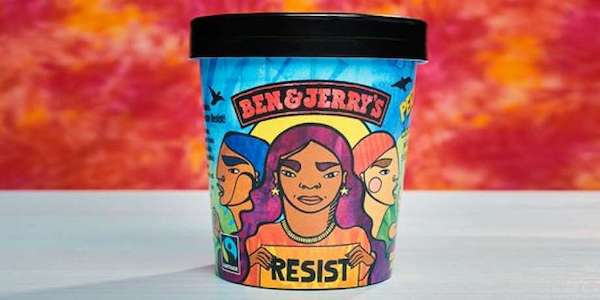 Ice cream manufacturer Ben & Jerry’s ended a boycott of the West Bank after a local franchise took over the brand, its parent company Unilever announced Tuesday.

“Ben & Jerry’s in Vermont no longer has any authority over Avi. They can’t stop him from selling Ben & Jerry’s ice cream,” Alyza Lewin, president of the Louis D. Brandeis Center for Human Rights Under Law, which represented Zinger, told the Times of Israel.

Avi Zinger, who owns the Israeli company in charge of Ben & Jerry’s business interests in Israel, filed a lawsuit against Ben & Jerry’s and Unilever in March. Zinger claimed the brand had promised to extend its licensing agreement with American Quality Products LTD after it expired in 2022, according to the Wall Street Journal.

Ben & Jerry’s announced a boycott of its product in the West Bank and east Jerusalem area in July 2021 for what it called an “an internationally recognised illegal occupation,” according to a statement that now leads to an error message. The decision was widely criticized for alleged antisemitism and unfair targeting of Israel.

“Unilever rejects completely and repudiates unequivocally any form of discrimination or intolerance. Antisemitism has no place in any society,” Unilever said in a statement.

Months of consultations with local stakeholders and legal wrangling led to Zinger taking full ownership of the brand, according to the statement. Zinger will sell the product under Arabic and Hebrew labels but drop the English name, Unilever said.

“Unilever has used the opportunity of the past year to listen to perspectives on this complex and sensitive matter and believes this is the best outcome for Ben & Jerry’s in Israel,” said Unilever.

“We commend Unilever for finally doing the right thing and putting an end to the anti-Israel, anti-Semitic, and anti-peace boycott by extremists on Ben and Jerry’s Board,” Rabbi Hier and Rabbi Abraham Cooper of the Simon Wiesenthal Center said in a joint statement.

Zinger said in an interview with Israel’s Army Radio that thousands of people reached out to him in support of his fight against efforts to cut off Israel economically, The Times of Israel reported. “We get to go back to what we love doing — making and selling good ice cream,” he said, according to the Times of Israel.

US State Department on @benandjerrys: We firmly reject the BDS movement, which unfairly singles out Israel.”

Ben & Jerry’s attempted to discontinue sales just months after an 11-day war between Israel and Gaza ended in a ceasefire.

“We believe it is inconsistent with our values for Ben & Jerry’s ice cream to be sold in the Occupied Palestinian Territory (OPT),” the company said in a statement.

American Quality Products LTD, Ben & Jerry’s and Unilever did not respond to the Daily Caller News Foundation’s request for comments.