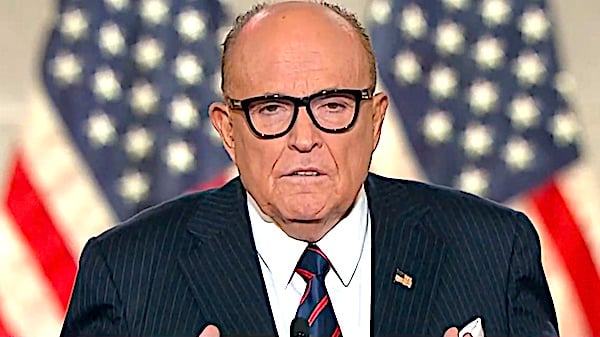 (NEW YORK POST) -- Rudy Giuliani was slapped by a worker at a ShopRite on Staten Island on Sunday while campaigning for his son, leaving the 78-year-old former New York City mayor shaken, the ex-pol told The Post.

Giuliani said he had just gotten out of the men’s room at the store on Veteran’s Road and was being greeted by a bunch of supporters when he was suddenly hit from behind — an incident caught on surveillance video obtained by The Post.

“All of a sudden, I feel this, ‘Bam!’ on my back,” Giuliani said. “I don’t know if they helped me not fall down, but I just about fell down, but I didn’t.