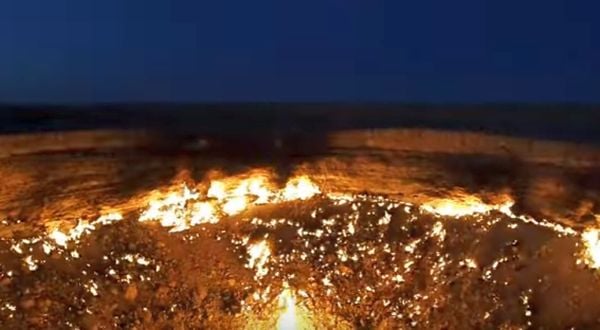 (SPUTNIK NEWS) – In Turkmenistan, there is a place that is actually referred to as the "Gates of Hell" – a gas crater located in one of the country's rural provinces.

The scientists from a research institute associated with Turkmenistan's national gas company Turkmengaz have come up with a plan to put out the so-called "Gates of Hell" – a burning natural gas crater in the country's Darvaza province.

The director of the research institute, Bayrammyrat Pirniyazov, said that there is an idea to drill a well at the Chaldzhulba field – the territory that hosts the burning crater.