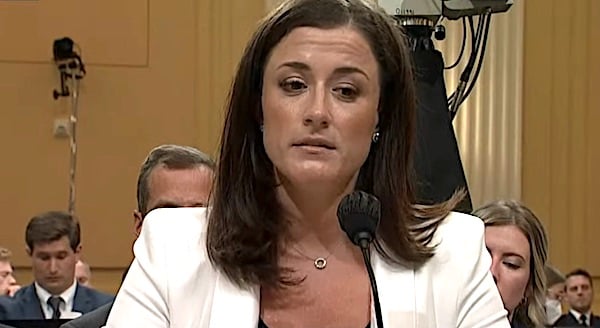 Agents of the U.S. Secret Service, bound by oath to support the Constitution and protect the president, are willing to testify that one of the star witnesses put on the national stage by House Speaker Nancy Pelosi's partisan committee investigating the Jan. 6, 2021, riot, wasn't telling the truth when she was under oath.

Fox News reports that two Secret Service agents "are prepared to testify before Congress that then-President Donald Trump did not lunge at a steering wheel or assault them in an attempt to go to the Capitol during the Jan. 6 riot."

In a carefully staged appearance this week that billed her as a surprise witness before Pelosi's committee, she claimed that after Trump spoke at the Ellipse on that day, "he got into the presidential SUV under the impression that he was going to the Capitol, then had a 'very strong, very angry response' when the head of his Secret Service detail, Bobby Engel, said that they were going to the White House," the report said.

"The president said something to the effect of, 'I'm the f'ing president. Take me up to the Capitol now,'" Hutchinson claimed.

She admitted she wasn't there and didn't hear or see anything, but she said she was told about the events later that day by another White House aide, Tony Ornato.

There was no explanation from the Democrat-controlled committee which has been described as nothing more than a third political attempt to impeach Trump after two earlier impeach-and-remove attempts by Pelosi failed dramatically, why the hearsay comments were staged.

Hutchinson claimed, "The president reached up towards the front of the vehicle to grab at the steering wheel. Mr. Engel grabbed his arm and said, 'Sir, you need to take your hand off the steering wheel. We're going back to the West Wing. We're not going to the Capitol.'" 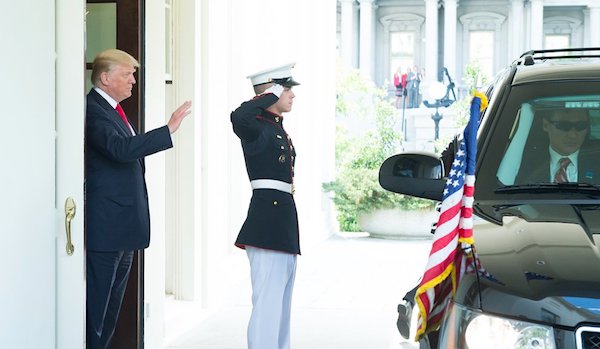 The simply structural configuration of the presidential limousine, where the president sits in the back, some distance away from the driver, makes that scenario implausible, commentators have noted.

Fox reported the agents are prepared to tell Congress those events didn't happen.

A report at Just the News explained a Secret Service statement confirmed, "The United States Secret Service has been cooperating with the Select Committee since its inception in spring 2021, and will continue to do so, including by responding on the record to the Committee regarding the new allegations surfaced in today's testimony."

Pelosi has resorted to holding public "hearings" for her committee, which is partisan because she refused to seat members of the GOP nominated by the minority party when the committee was created. The GOP then declined to cooperate, and finally Pelosi recruited two GOP members who have exhibited largely "never-Trump" attitudes and actions.

As the information being brought out by the committee, which is exclusively in the anti-Trump category, has failed to generate much interest among many Americans, Pelosi decided to have the committee hold some "hearings" that would be televised, with specially orchestrated testimony that appears designed to place all the blame for the riot on President Trump.

It was in a "last-minute hearing" abruptly held on Tuesday that Hutchinson testified.

"CBS News reports that sources close to the Secret Service have confirmed that Engel and the vehicle's driver are prepared to testify under oath that neither man was physically assaulted by Trump, nor did the the former president ever lunge for the steering wheel," the report said.

The report said both Ornato and Engel already have appeared before the panel, but the testimony from neither man was publicized by the partisan group.