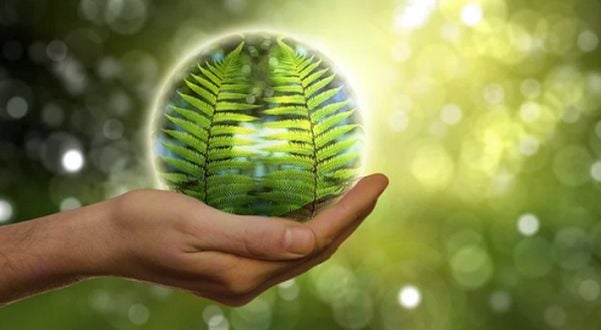 Democratic members of the House who pushed “Green New Deal” reforms to overhaul the energy sector spent roughly $13,000 in tax dollars combined on airfare, according to the latest House disbursement records reviewed by The Daily Caller News Foundation.

Reps. Alexandria Ocasio-Cortez of New York, Jamaal Bowman of New York, Rashida Tlaib of Michigan, Ilhan Omar of Minnesota, Ayanna Pressley of Massachusetts and Cori Bush of Missouri expensed the “airfare commercial transport” charges between October 2021 and March 2022, according to the records. The new disbursements are intended to be for the months of January and March 2022, and one ethics expert familiar with the situation said lawmakers often report transactions late.

These same members, who are often referred to as the “Squad,” have emphasized that “climate change” is an “existential” or “emergency” crisis.

The “Squad” members notably co-sponsored a bill introduced by Ocasio-Cortez in 2021 calling for the creation of a “Green New Deal.” The bill, which was roundly opposed by Republicans and many Democrats, allocated $8.1 billion to a “climate corps,” among other proposals.

Carbon dioxide emissions from flying are said to increase pollution, according to a study by the left-wing think tank Brookings Institution. Ocasio-Cortez’s Green New Deal resolution in 2019 sought to overhaul “transportation systems in the United States to eliminate pollution and 19 greenhouse gas emissions from the transportation sector as much as is technologically feasible.”

“The hypocrisy of the Green New Deal crowd is endless,” Myron Ebell, director of the Center for Energy and Environment at the Competitive Enterprise Institute, told TheDCNF. “They seem to view themselves as part of an elite that is exempt from the energy poverty policies they pursue.”

Bush spent the most on airfare among the members, tallying roughly $4,500 in expenses. Last year, the congresswoman accused oil executives of “environmental racism” and spearheaded an effort in April urging President Joe Biden to “declare a climate emergency.”

Omar spent the second highest, according to the disbursements, clocking in at more than $2,800 on airfare. The lawmaker said in 2019 that the next president “should declare a national emergency” in order to “address the existential threat to all life on the planet posed by climate change.”

Tlaib, who said in 2021 that Congress “needs to stop messing around and get serious” about opposing “fossil fuel profits as priorities,” spent more than $2,600 on airfare. Pressley and Ocasio-Cortez spent the lowest of the group, at roughly $470 and $359 respectively, with both calling climate change an “existential threat.”

Climate change is an existential threat if we ignore it, but can be an opportunity if we pursue a #GreenNewDeal. I support the latter. https://t.co/cQJGNjM5o3

Republican Texas Rep. Troy Nehls, who sits on the House Committee on Transportation and Infrastructure, told TheDCNF that he keeps “hearing” about the supposedly “world-ending climate crisis” from members of the “Squad,” claiming it points to hypocrisy.

“Why don’t they just forgo all transportation that uses oil and gas?” said Nehls. “If they care so much about the environment, then maybe they should walk to D.C. from their districts.”

Members of Congress are provided a Representational Allowance each session to use for official duties and office upkeep. The taxpayer dollars are non-transferrable between legislative years and funded by fiscal year appropriations, according to the House’s website.

The offices for Ocasio-Cortez, Tlaib, Omar, Pressley and Bush did not respond to TheDCNF’s request for comment.

“We are really proud to hear that we’ve kept air travel low,” a spokeswoman for Bowman’s office told TheDCNF. “Thank you for sharing this information with us. We think the number speaks for itself and don’t need to comment.”