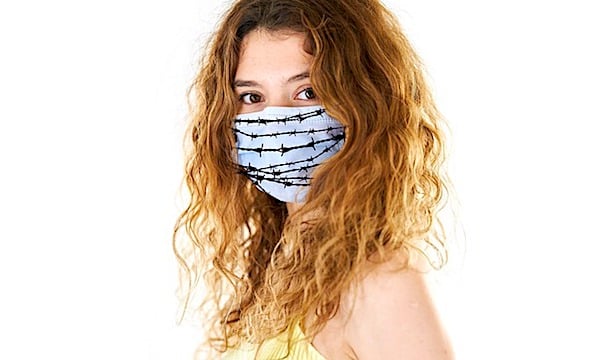 (Image by Mike Ljung from Pixabay)

California is threatening to punish any physician who dissents from the approved medical agenda regarding COVID, according to a warning from Aaron Kheriaty, a former professor at the UCI School of Medicine and now a senior scholar at the Brownstone Institute.

He explained in an online commentary that he soon will be testifying at a state Senate committee hearing on the legislature's AB 2098.

It would "give the [state] medical board the authority to punish any physicians who challenge the safety and efficacy of COVID vaccines."

Those, of course, have been blamed for countless serious side effects, such as heart problems in young men who take the experimental shots.

He said the plan is to "enshrine in law" those "scientific" conclusions including those about the shots that are "highly dubious."

For example, he cited the claims that COVID has claimed the lives of 6 million worldwide, and the Centers for Disease Control shows "that unvaccinated individuals are at a risk of dying from COVID-19 that is 11 times greater than those who are fully vaccinated."

Third, there's the claim that the "safety and efficacy" of the shots has been "confirmed through evaluation by the federal Food and Drug Administration…"

He warned that all three assumptions are "demonstrably false."

Is the government intentionally broadcasting disinformation instead of the truth?
99% (1193 Votes)
1% (8 Votes)

"The death count figures cited are grossly overestimated by hospitals failing to distinguish dying from covid vs. dying with covid and the financial incentives from the Centers for Medicare and Medicaid Services (CMS) to overestimate covid deaths," he explained. And, "the efficacy of vaccines has declined with time and new variants, so the statistic cited here is no longer true of the vaccines against omicron."

Then, too, "the CDC has consistently failed to follow-up on serious safety signals, apart from myocarditis, and the post-marketing surveillance data acquired from our FOIA request showed serious safety issues in the first three months of vaccine rollout."

The bill itself claims, "It shall constitute unprofessional conduct for a physician and surgeon to disseminate misinformation or disinformation related to COVID-19, including false or misleading information regarding the nature and risks of the virus, its prevention and treatment; and the development, safety, and effectiveness of COVID-19 vaccines."

But he explained such a restriction on speech would "spell the end of scientific integrity and medical freedom in California."

In a letter to the committee, he explained:

Advances in science and medicine typically occur when doctors and scientists challenge conventional thinking or settled opinion. This is the very nature of scientific progress. Fixating any current medical consensus as “unchallengeable” by physicians will stifle medical and scientific advances and give undue authority to a few gatekeepers who act as guardians of the consensus. As I testified in January at a U.S. Senate panel on Covid policy: 'The scientific method suffered [during the pandemic] from a repressive academic and social climate of censorship and silencing of competing perspectives. This projected the false appearance of a scientific consensus—a 'consensus' often strongly influenced by economic and political interests.'"

He cited the fact that COVID public health recommendations have changed over and over, sometimes from month to month.

"It was frontline ICU physicians who discovered and spoke out about bad outcomes when patients were prematurely placed on ventilators. This shifted the consensus in the direction of avoiding ventilation as much as possible. Likewise, it was frontline physicians who discovered that placing covid patients face-down in the prone position while they were ventilated could improve outcomes, challenging another consensus. Both of these advances came by way of challenging the way things were currently being done. Other physicians challenged the early consensus, which did not recommend the use of steroids to treat Covid. Eventually, this dissenting opinion gained ground and now represents conventional thinking: corticosteroids for critically ill covid patients are now standard care," he said.

He said the bill not only would end civil liberties and constitutional rights, he would terminate "the scientific enterprise when it comes to dealing with COVID."

Worse, the plan, he told lawmakers, will "harm patients."