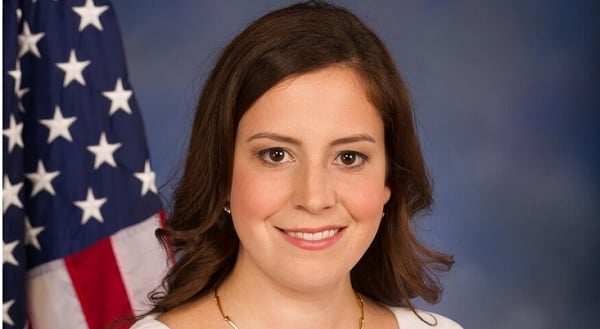 “Nancy Pelosi’s sham committee is illegitimate and its sole purpose is to punish Democrats’ political opponents,” Stefanik said about the committee. “It will not prevent another January 6 from happening. It is not about finding out why Nancy Pelosi left the capital so ill-prepared on that day, and it does absolutely nothing to address the numerous crises Americans are suffering from every single day because of Joe Biden [and] Nancy Pelosi’s radical far-left agenda.”

Stefanik claimed that Democrats were using the hearing to distract the American people from a list of policy failures and issues they were ignoring.

“House Republicans, we will continue to focus on the issues that matter to the American people and how to solve the numerous crises Joe Biden and House Democrats’ agenda has created,” Stefanik said. “Historically high gas prices that have now doubled since Joe Biden took office. Over 70 percent of our nation’s baby formula is out of stock. In my home district, I have a nine-month-old, they are rationing baby formula. This is the United States of America, folks, this is unacceptable and it’s directly because of Joe Biden.”

The committee hearing will be held Thursday night and be aired live by most broadcast and news networks. Democrats told multiple media outlets that their goal is to keep Americans outraged about the Capitol riot during the 2024 election.

Stefanik and Pelosi did not immediately respond to requests for comment from The Daily Caller News Foundation.

WND News Services
These reports are produced by another news agency, and the editors of WND believe you'll find it of interest.
'You see a lot of dead people': Migrants bused to D.C. reveal horrors of coming to U.S.
Average young adult finally takes car into shop – after 8th warning light!
They'rrre GRAPE! Daily bowl of grapes can add years to your life and keep Alzheimer's away
J.K. Rowling told 'You're next' after wishing fellow author Rushdie well after stabbing
The untold story of Steve McQueen: How the 'king of cool' met the 'King of Kings'
See more...