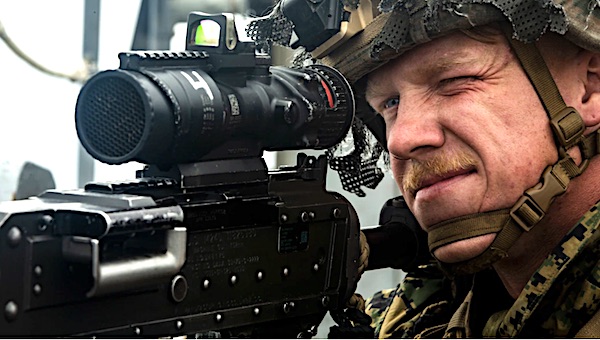 President Biden vowed to increase U.S. troop presence in Europe in a meeting with North Atlantic Treaty Organization (NATO) leader Jens Stoltenberg on Wednesday, according to a transcript of his remarks.

U.S. support for NATO intends to bolster the alliance’s eastern defenses in response to Russia’s aggressive actions against Ukraine, according to the transcript. Biden claimed the troop deployments would “fend off threats from all domains,” according to The Hill.

The U.S. will establish a permanent troop base in Poland and add up to 5000 rotational troops in neighboring countries, USA Today reported. Biden also announced plans to send the U.K. two additional F-35 fighter squadrons and upgrade air defense capabilities in Germany and Italy.

“In a moment when Putin has shattered peace in Europe and attacked the very, very tenets of rule-based order, the United States and our allies, we’re going to step up. We’re stepping up,” Biden said.

Biden’s remarks opened day two of a NATO summit in Madrid from June 28-20 that aims to reinforce the alliance’s mission of collective defense among its 30 member countries, according to the NATO website. Top on the agenda is determining how “Russia’s brutal and unprovoked invasion of Ukraine and the new security reality in Europe” should affect “deterrence and defence,” the website said.

Great to meet @POTUS again at our #NATOSummit, where we will take transformative decisions to keep #NATO strong & united in a more competitive world. I thanked him for his decisive leadership, strong support for #Ukraine & the vital 🇺🇸 contributions to European security in NATO. pic.twitter.com/a0adIvaVwW

“He is getting the opposite of what he wants. He wants less NATO. President Putin is getting more NATO,” Stoltenberg said.

Former President Donald Trump previously reduced US troop presence in Europe in a ploy to encourage European partners to meet the alliance’s defense spending requirements. The Trump administration withdrew roughly 12,000 troops from Germany, of which 5,400 were restationed in Poland, according to CNN.

NATO and the State Department did not immediately respond to The Daily Caller News Foundation’s requests for comments.