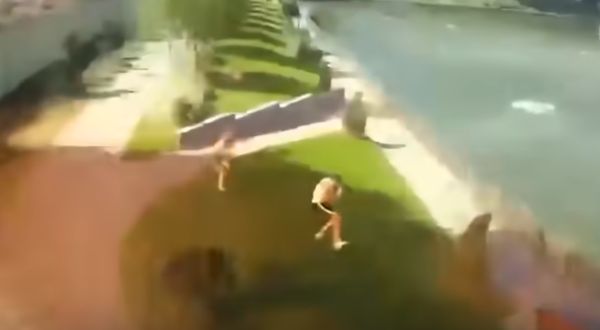 (FOX NEWS) – Stunning footage has emerged of debris raining out of the sky in a public park — sending terrified Ukrainians running for cover — documenting the immediate aftermath of a shopping mall airstrike this week that President Volodymyr Zelenskyy called "one of the most daring terrorist attacks in European history."

The surveillance videos were captured in Kremenchuk on Monday just moments after Russian missiles hit the nearby Amstor shopping center. The strike left 18 dead out of the more than 1,000 civilians Zelenskyy said were inside the building at the time.

In a dramatic scene captured on the video, a Ukrainian couple lounging under a tree at the park is seen springing to their feet before the shockwave from the explosion sends the male individual tumbling to the ground.