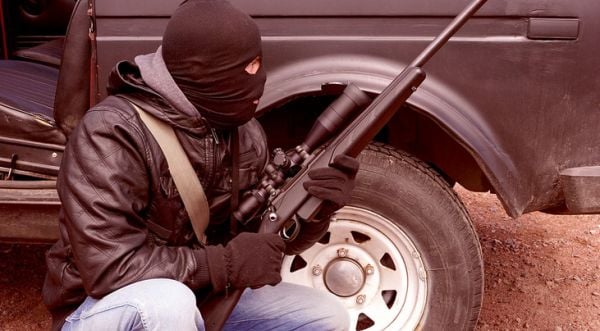 (Image by TheDigitalWay from Pixabay)

A Texas Republican is explaining why Democrats are taking multiple actions to open up America's southern border and keep it open for illegal aliens and more.

It's because they're willing to accept the risk of a terrorist coming into the United States in exchange for their ultimate goal – a permanent Democrat majority among voters.

The comments come from Rep. Brian Babin, R-Texas, in an interview with Just the News.

He said the believes the Democrats' electoral strategy is willing to take on the risk of terrorism, in order to have more and more migrants come into the U.S.

"Their whole strategy is to keep the border open and bring as many millions and millions of illegal aliens across, put them on a path to enfranchise them with a vote. And then they will have a perpetual majority," he said. "This is what is happening. I think the American people are waking up and seeing that it's true."

The comment comes after nearly a quarter of a million illegal aliens have been crossing into the U.S. monthly.

Are Democrats willing to accept even terrorists coming in so they can have a permanent voting majority?
100% (175 Votes)
0% (0 Votes)

"Lawmakers in Congress are sounding alarm after 15 illegal migrants with suspected terrorists ties were caught crossing the border in a single month, raising worries that some might eventually reach the stage of launching an attack," the report said.

"Our national security is greatly compromised, with an open border and simply the unwillingness of the Biden administration to do anything about it, other than just continue to incentivize more and more of it," Babin said.

Rep, Andy Biggs, R-Ariz., echoed the concern over the aliens who may also be terrorists.

"You have probably 80,000 to 100,000 people coming into the country that we don't interact with, we don't we see them, we don't stop them," Biggs said in his interview with Just the News. "And others we['ve] never even seen, most of those people are the bad guys and bad ladies. They're coming in camo they've got carpet shoes, they've got backpacks on. It is a huge security threat."

Officers with the Border Patrol captured 15 people in May at the southern border who were listed on the FBI's terrorist watchlist.

Among the situations was one in which an Iraqi man was caught attempting to carry out an assassination attempt on former President George W. Bush.

Rep. John Katko, R-N.Y., said actually, "we cannot be certain exactly how many watch-listed individuals have entered the United States amidst the chaos at our southwest border."

Rep. Mary Miller, an Illinois Republican, called it an "invasion" and said it was facilitated by Biden.