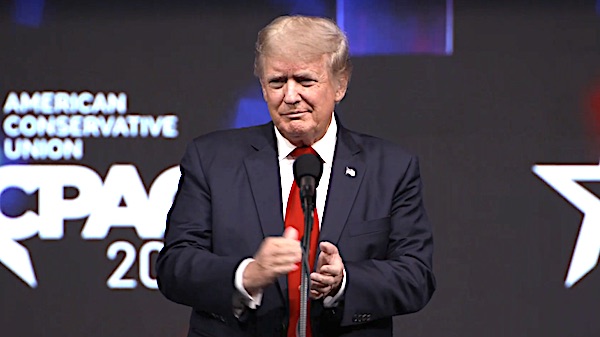 Texas Republicans have adopted a new state party platform that openly rejects the results of the 2020 presidential election and declares that Joe Biden was "not legitimately elected."

The Washington Examiner notes that the state party's convention was held recently, and members charged that the election through which Biden was handed the White House "violated the Constitution and resulted in substantial voter fraud."

"We reject the certified results of the 2020 presidential election, and we hold that acting President Joseph Robinette Biden Jr. was not legitimately elected by the people of the United States," said the document, which runs 40 pages.

"We strongly urge all Republicans to work to ensure election integrity and to show up to vote in November of 2022, bring your friends and family, volunteer for your local Republicans, and overwhelm any possible fraud."

The report said party officials charged fraud in the vote "because there were no universal voting methods adopted by all 50 states and several legislatures allowed ballots to be received and counted if they were postmarked before Election Day."

An audit in Texas, where Trump won, showed discrepancies between the initial counts and recounts but reportedly not enough to change the outcome.

A poll by the Economist/YouGov found some 40% of American voters don't think Biden won legitimately.

MSN reported the GOP platform also included yet another effort at secession for the state that once was its own nation.

Such moves have been sought many times over the years.

The state party said, "Texas retains the right to secede from the United States, and the Texas Legislature should be called upon to pass a referendum consistent thereto."

There is a dispute, however, over the legality of any such move, since the Constitution does not provide for that.

Newsweek said that issue has been proposed before in the state Legislatures.

Among the hundreds of other platform planks is a rejection of the Voting Rights Act of 1965, another declaring homosexuality is "an abnormal lifestyle choice," and one calling for a ban on abortion, and advocacy for teaching the "humanity of the preborn child" in classrooms.