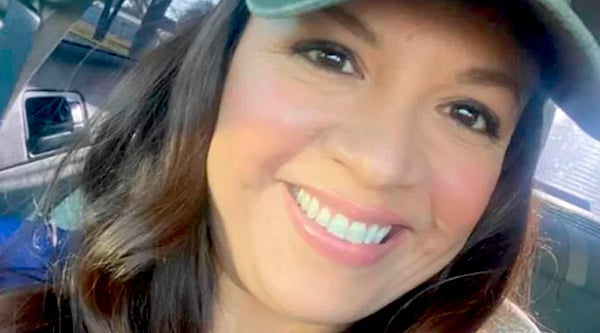 Eva Mireles, a 4th-grade teacher at Robb Elementary School in Uvalde, Texas, who was killed in the May 24, 2022, shooting.

Illustrating the "abject failure" of the response to the Uvalde schooling shooting, the top Texas law-enforcement official testified at a hearing that the officer husband of murdered teacher Eva Mireles tried to save her life but was stopped by school-district officers at the scene.

Texas Department of Public Safety Director Col. Steven McCraw told state senators Tuesday that Mireles' husband, Ruben Ruiz  – a police officer for the school district – was on the scene after the gunman entered the Robb Elementary School on May 24 and opened fire, KSAT-TV in San Antonio reported.

McCraw said Mireles, a fourth-grade teacher, had called Ruiz and told him "she had been shot and was dying."

"And what happened to him, is he tried to move forward into the hallway," McCraw said.

"He was detained and they took his gun away from him and escorted him off the scene."

In his testimony before the special Texas Senate committee hearing, McCraw said there was "compelling evidence that the law enforcement response to the attack at Robb Elementary was an abject failure and antithetical to everything we’ve learned over the last two decades since the Columbine massacre."

"Three minutes after the suspect entered the west building, there was a sufficient number of armed officers wearing body armor to isolate, distract, and neutralize the subject," he said.

McCraw said the "only thing stopping a hallway of dedicated officers from entering Room 111, and 112, was the on-scene commander," Uvalde school district police chief Peter Arredondo, "who decided to place the lives of officers before the lives of children."

However, McCraw's DPS was named in a lawsuit Wednesday filed by Democratic state Sen. Roland Gutierez, who represents Uvalde, seeking government records regarding the response to the shooting.

'Lies, misstatements and shifts of blame'
Gutierrez alleges DPS officials as well as Uvalde police have given "provably false misstatements and misinformation surrounding the law enforcement response to the school shooting."

"In the wake of the senseless tragedy, the people of Uvalde and Texas have demanded answers from their government. To date, they have been met with lies, misstatements, and shifts of blame," Gutierrez said in the suit.

In an interview Wednesday with Fox News anchor Martha MacCallum, Gutierrez noted McCraw initially claimed a teacher propped open a door that allowed the shooter to get inside the building. That turned out to be not true.

Gutierrez said that in his cross-examination of McCraw on Tuesday, he was "able to prove that there were 91 DPS officers at the scene."

The lawmaker noted that when he told a local newspaper last week that 13 of those officers were in the school hallway, the DPS accused him of lying.

"By day's end, they walked that back, and yesterday, proved that there were 12 of them in the hallway," Gutierrez told MacCallum.

The DPS officers went in for a few seconds and left, the senator said, adding that they were there "at the direction of no one, including Pete Arredondo."

It raises the question, the state senator said, whether Arredondo actually was the incident commander.

And the answers to other questions are unknown, Gutierrez said, because "we are getting half-truths, innuendo and snippets of body cam footage that [McCraw] chooses to give."