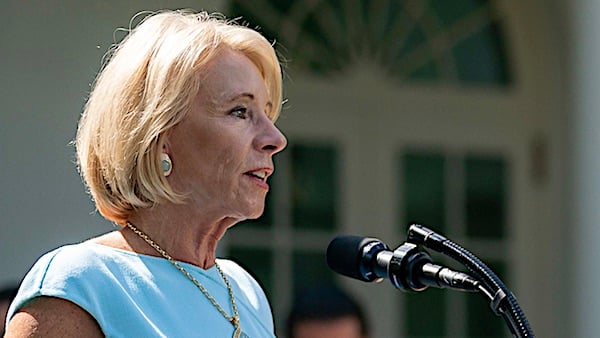 (THE COLLEGE FIX) -- WASHINGTON, D.C. — “I don’t think the Department of Education should exist.”

That according to former U.S. Department of Education Secretary Betsy DeVos, who served under President Donald Trump from 2017 through January 2021.

DeVos made the comment during a talk Tuesday at the American Enterprise Institute as she promotes her new book, “Hostages No More: The Fight for Education Freedom and the Future of the American Child,” slated for release on June 21.