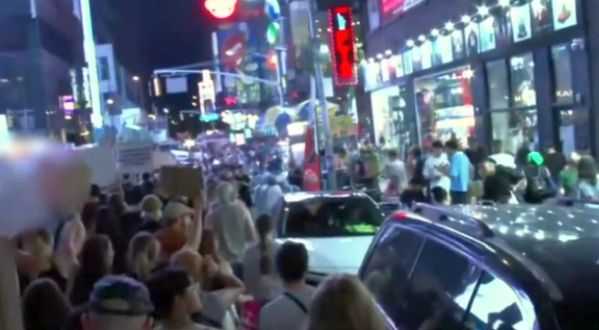 (NEWSBUSTERS) – Hours after the Supreme Court struck down Roe v. Wade and returned the issue of abortion to the states, abortion activists immediately went into a frenzy and took to the streets across the country in protest. As the night went on, the protests became larger and more out of control.

One of the cities that saw mass protests was New York City, where the abortion-loving mobs began marching down the streets of midtown Manhattan. During Fox News at Night‘s coverage, anchor Shannon Bream who hosts from the Fox News bureau in Washington D.C., went to correspondent Ashley Strohmier who was sitting in the studios in New York City.

“Ashley, I want to ask you about what’s going on in New York. I understand you’ve seen some of this firsthand tonight?” Bream asked Strohmier. In her report, Strohmier revealed that a mob of abortion activists vandalized Fox News’s building.