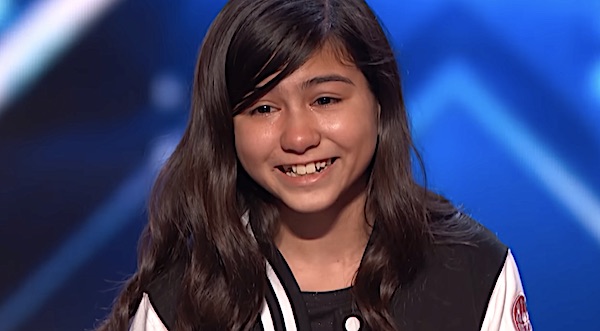 (CBN NEWS) -- During a recent commercial break during the taping of an episode of NBC's America's Got Talent, an 11-year-old girl who was sitting in the audience wowed the show's judges and won the hearts of audience members with her powerful rendition of the classic hymn "Amazing Grace."

It's a standing custom by the show's producers to give some audience members an opportunity to sing during the show's breaks for commercials.

Madison Baez Taylor, who was actually slated to be a contestant, was watching the taping with her dad Chris. According to the show's host Terry Crews, she had been placed in the audience in order to trick judges Simon Cowell, Sofia Vergara, Heidi Klum, and Howie Mandel just to see if they noticed.