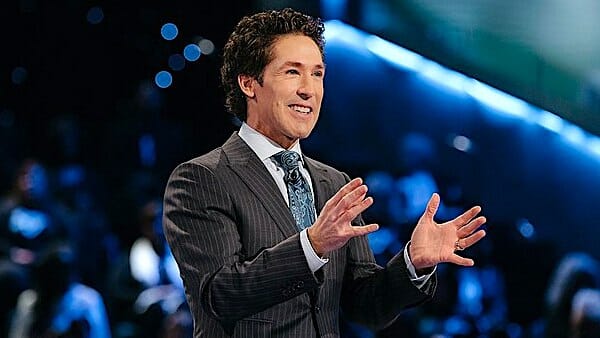 Female abortion fanatics stood up and stripped to their underwear to try to disrupt a worship service recently at Joel Osteen's Lakewood Church in Houston.

The Houston Chronicle said the protesters were from the radical Austin-Based Rise Up 4 Abortion Rights organization.

The local publication explained, "Lakewood Church-goers were surprised by a nearly-nude, pro-choice protest in the middle of service on Sunday. As Pastor Joel Osteen began preaching, three women stood up, stripped down to their underwear and shouted 'my body, my choice!' and 'overturn Roe, hell no!'"

As a stunt it's getting a bit of attention. But as a protest it likely changed no minds, as the report explained, "As the activists were escorted out of the service, the audience applauded and Osteen continued his sermon."

Once outside, the women continued protesting with signs that said, "Abortion on demand & without apology."

The pro-abortion protests are becoming more and more vitriolic – and even violent – in the wake of a leaked U.S. Supreme Court draft opinion that appears to show a majority of the court agreeing to overturn Roe v. Wade and return regulation of abortion to the states.

That would likely have more than half of the states with no significant access to abortion, but several other states that openly are developing processes that would leave them an abortion-destination location.

Pro-abortion activist Julianne D'Eredita told a broadcast outlet that it likely was an "outrageous" stunt to pull of in a church.

But she blamed "people that are enforcing these laws" for coming in "private spaces" to harass woman.

Then, "A man and a blonde woman appear in the video standing in front of the person with the phone. The woman and another woman sitting in front of her, appear to be taping Osteen with their phones as he leads the congregation."

The report said, "As the prayer ends, the congregation repeats 'In Jesus Name' and sits down as Osteen tells the audience, 'God bless you.' Then the woman directly in front of the camera hands her phone to the man beside her. The video then shows as the audience sits down, the woman remains standing and lifts her dress over her head."

Next, the video shows them being escorted out by security, while the congregation's applause drowns out their ongoing chants.

The disruption lasted less than a minute.