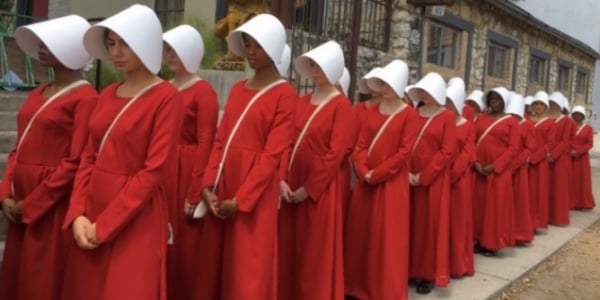 After Dobbs, where can pro-choice advocates look in the Constitution to support abortion? One professor believes she has found the answer in the Thirteenth Amendment, the provision banning slavery that was ratified in the immediate aftermath of the Civil War. Lisa Crooms-Robinson, a professor at Howard University School of Law, reasons out of a wish for Congress to pass the Women’s Health Protection Act of 2021. The bill, among other provisions, would codify the abortion protections found in Roe v. Wade and Planned Parenthood v. Casey, both of which the court just overturned.

Congress, like the rest of the national government, possesses only the powers given to it by the U.S. Constitution. Thus Crooms-Robinson makes a good point that those wishing to pass national legislation protecting abortion must consider the constitutional basis for congressional action. Furthermore, she notes the potential problems for how the Women’s Health Protection Act defends itself on this score.

The bill justifies Congress to act based on the Commerce Clause and the Fourteenth Amendment. Congress has abused its power to regulate interstate commerce, extending it well beyond its constitutional bounds. Yet during the past 27 years, the court has limited the power to regulate interstate commerce to what is closely related to economic activity. Thus this court will likely see national abortion laws as beyond even the generous bounds they’ve given Congress to regulate. Moreover, the majority of justices in Dobbs clearly said that no Fourteenth Amendment right to abortion existed, making congressional action under Section 5 of the Fourteenth Amendment a stretch at best.

Crooms-Robinson then turns to the Thirteenth Amendment. First, she points out that the court for well over a century has said the amendment does not merely ban slavery but also all “badges and incidents” related to the institution. She argues that denying “bodily integrity and personal autonomy was essential to U.S. slavery” and forcing women to carry children to term violates bodily integrity and personal autonomy.

At first, this argument would apply only to black women, since Crooms-Robinson sees court precedent as focusing on those “badges and incidents” related to our history of chattel slavery. She then says, however, that the Fourteenth Amendment’s Equal Protection Clause would graft in all women, since the rights afforded to black women should not be limited to one race.

Together you have a constitutional basis for national legislation re-instituting the parameters of Roe and Casey.

Yet the logic of this position simply doesn’t hold up. First, we must ask whether one can legitimately categorize unwanted pregnancy as a “badge and incident” of slavery. American slavery included pervasive and horrendous sexual assault by white masters on their slaves, especially black women. Rape egregiously violates a person’s right not to have her body controlled by another. But we have no such regime of bodily control today. A small percentage of abortions come from sexual assault. We certainly should not slight the horror of such assault – the pain it inflicts on an innocent woman and the evil of the predatory man – regardless of how often these instances occur. But to compare most pregnancies to the slave regime does a gross disservice to the suffering endured under that system.

Moreover, the bodily integrity and autonomy argument was made in Roe and Casey in regard to the Fourteenth Amendment. As Justice Alito’s opinion showed, it did not hold up to textual or historical scrutiny. And it still doesn’t when applied to the Thirteenth.

For one, nothing in the text directly applies the prohibition on slavery to abortion. Indeed, the same history that undercut any implication of that right in the Fourteenth Amendment applies with comparable force to the Thirteenth Amendment. America ratified both provisions a mere three years apart. As shown in Dobbs, the same era of legislation that banned slavery also banned abortion. If those passing such laws thought abortion a relic of slavery’s oppression, they would have acted differently. Instead, they saw slavery’s prohibition as unrelated to, or at least consistent with, abortion bans.

Furthermore, the bodily integrity and autonomy argument falls flat when considering what abortion involves. Or maybe, we would be much better off recognizing that abortion involves both the woman and her child. The child stands in a unique position within the mother’s womb, utterly dependent on her until birth. We should respect that fact in supporting pregnant women in all ways we can. But dependence on others does not – and should never – define away someone’s humanity.

The unborn child possesses a right to bodily integrity and autonomy, both of which abortion violently infringes. That violence against his or her person looks more like a badge and incident of slavery, especially considering the terrible physical violence inflicted on black slaves under that system. The logic of Crooms-Robinson’s argument actually seems to suggest passing national abortion restrictions to protect the unborn.

After Dobbs, both pro-choice and pro-life advocates have argued for wide-reaching national abortion regulation. But these efforts are misplaced. The court has made as much clear: the primary arena for the abortion debate resides in the states, which have wide leeway to legislate as they think best.

Adam M. Carrington is an associate professor of politics at Hillsdale College.