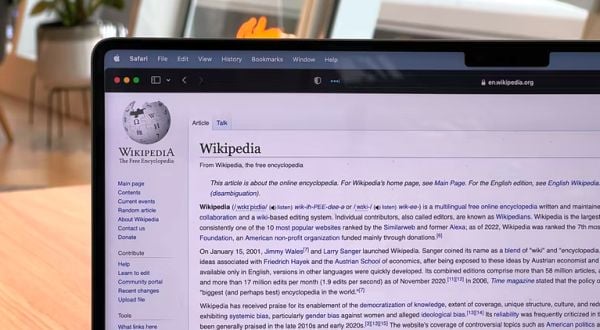 For many years a common definition of a recession has been two consecutive quarters of economic contraction.

Or as the economists claim: "negative growth."

But Joe Biden, his advisers, the White House and many others in power in Washington right now are insisting that it's not really a recession in America, even though quarter one 2022 saw a contraction of 1.6% and last quarter it was 0.9%.

They claim that so many other economic are so, so good and it cannot really be a recession.

And that argument has triggered an edit war at the online, and often leftist, Wikipedia's definition of recession.

It seems the definition as "negative economic growth for two consecutive quarters" survives at this point.

The economy is one of the biggest crises facing Biden. He's been hit by inflation of 9.1%, those two quarters of recession, gasoline prices surpassing $5 a gallon and more. Analysts project that it will cost the American family thousands of dollars more this year to live the same lifestyle members had just one year ago. And now he's proposing to raise billions of dollars in new taxes.

Of course, that crisis is on top of the southern border crisis that the Biden administration created, and others.

For now, the definition reads: "Although the definition of a recession varies between different countries and scholars, two consecutive quarters of decline in a country's real gross domestic product (real GDP) is commonly used as a practical definition of a recession. In the United States, a recession is defined by the National Bureau of Economic Research (NBER) as 'a significant decline in economic activity spread across the market, lasting more than a few months, normally visible in real GDP, real income, employment, industrial production, and wholesale-retail sales'. In the United Kingdom and most other countries, it is defined as negative economic growth for two consecutive quarters."

A report at Breitbart explained the Wikipedia "edit war" broke out as the Biden administration "and the corporate media take the unprecedented step of denying the U.S. is in recession even after two consecutive quarters of negative growth."

The report explained, "More than 70 edits to the page about recessions were made before the site locked the entry preventing further changes. The edits successfully de-emphasize the broad consensus definition of recession — two consecutive quarters of negative GDP growth — instead parroting the Biden administration’s talking points."

Breitbart said, "Editors of the leftist-dominated online encyclopedia are pushing a definition of 'recession' that is unusually broad and favors the Biden administration’s claims that no recession has occurred."

The report explained, "In response to the edit war, senior Wikipedia editors have locked the page on recession, preventing users from making further snap edits to it. Articles that become the subject of contentious 'edit wars' are often locked in this manner by Wikipedia administrators — but the lock comes after leftists successfully muddied the waters."