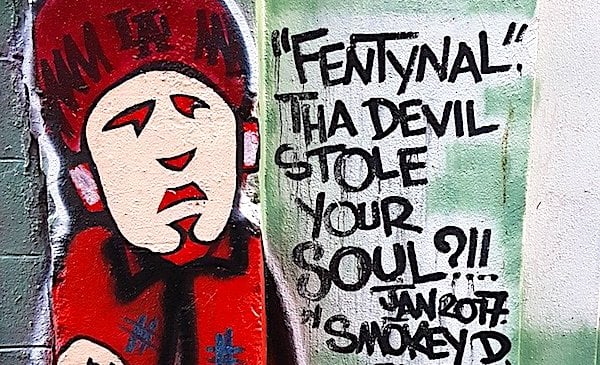 (Image by Alan Arsenault from Pixabay)

A string of recent overdoses in Gadsden County, Florida, are believed to be tied to laced pills containing fentanyl in what the Drug Enforcement Administration (DEA) characterized as a “mass fentanyl poisoning event.”

Gadsden County Sheriff Morris Young said his office received about 15 calls on Friday related to the incident. There were nine deaths between Friday and Tuesday, according to the Tallahassee Democrat,

The fatalities are due to a suspected strain of fentanyl suspected to be 1,000 times more potent than pure fentanyl, Young explained on a Sunday Facebook livestream, citing his conversations with the DEA.

“So, we suspect that this was due to some type of an opioid or poisoning, such as fentanyl,” Young said.

The victims suffered from cardiac arrest, some of which had to receive Narcan, an opioid antidote, Young said. Some of the fentanyl consumed was believed to be laced with cocaine and marijuana.

The incident is the first time the county has seen fentanyl poisonings, Young noted.

“I have not seen any signs of fentanyl here in Gadsden county. I know some of the surrounding counties have experienced this, but, here in Gadsden, I have not heard of any opioid poisoning here in the county as it relates to fentanyl,” Young said.

The DEA warned law enforcement officials across the country in April about an increase in “mass-overdose events” involving three or more overdoses happening close in time and at the same location.

“In just the past few months, there have been at least seven confirmed mass overdoses across the United States resulting in 58 overdoses and 29 overdose deaths. Many of the victims of these mass overdose events thought they were ingesting cocaine and had no idea they were in fact ingesting fentanyl,” the DEA said at the time.

Neither the DEA, sheriff’s department nor the local police department responded to the Daily Caller News Foundation’s requests for comment.