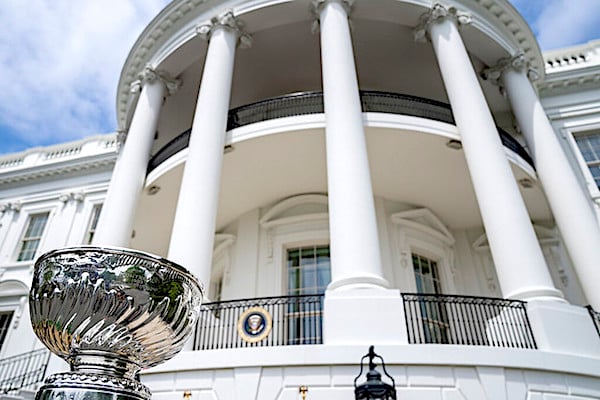 An event celebrating the Tampa Bay Lightning and their 2020 and 2021 Stanley Cup championships is set by the South Portico, Monday, April 25, 2022, at the White House. (Official White House photo by Hannah Foslien)

“Recently, you claimed, ‘The tech companies have to stop allowing specific individuals over and over again to spread disinformation,’” Republican Rep. Lance Gooden of Texas, a co-founder of the Freedom from Big Tech Caucus, wrote to Gina McCarthy. “Major platforms, including Meta (Facebook), Google, Amazon, and Twitter, have cracked down on users’ ability to freely question the Biden administration’s narrative on climate change.”

McCarthy, a former administrator of the Environmental Protection Agency, called on Big Tech companies to increase their censorship of supposed “misinformation” during a June Axios event. Gooden cited her comments in the letter.

DCNF – Gooden Letter to McCarthy by Harold Hutchison on Scribd

“We are concerned this violates users’ First Amendment rights and creates a precedent that allows the Biden Administration to censor anyone who disagrees with its radical climate agenda,” Gooden wrote. “There has been an alarming pattern of big tech censoring users for offering opinions on climate change that counters the Biden Administration’s policies, even when their critique or information is accurate.”

Gooden cited instances including John Stossel of the New York Post being censored for discussing wildfires in California, and the censorship of people discussing failures of renewable energy during the February 2021 blackouts in Texas. Google, Facebook and Twitter announced measures last year to combat alleged “misinformation” on climate change.

Gooden told McCarthy to preserve “all documents, communications, and other information, including electronic information and metadata, that is or may be potentially responsive to a congressional inquiry, request, or investigation.”

“As we’ve long suspected, the Biden Administration has been colluding with big tech to push their agenda and label free speech as disinformation,” Gooden said in a statement provided to the Daily Caller News Foundation. “These companies are abusing their monopolistic power and working in lock step with the administration to silence conservative voices. Congress must investigate the extent of their corruption.”

The White House, Amazon, Meta, Twitter and Google did not immediately respond to requests for comment from the DCNF.